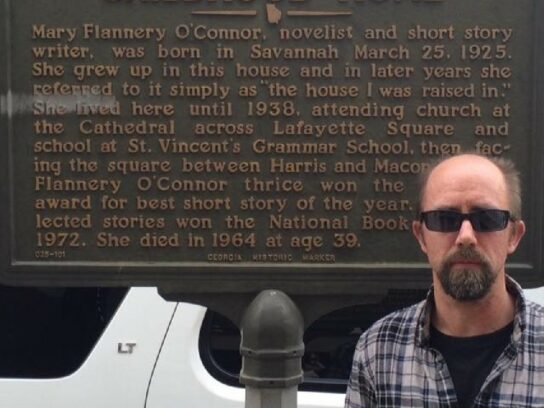 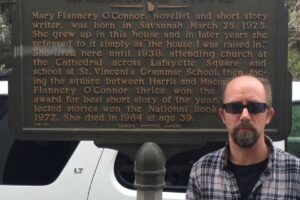 Jon Bos, a teacher at Walter Johnson High School, was known for his enthusiasm as a teacher and love of Bob Dylan.

Six days after being critically injured in a car crash, Jon Bos, a Walter Johnson High teacher known for his love of Bob Dylan, succumbed to his injuries.

He passed away on March 19 with his wife, Renee, and his brother, Mark by his side, according to posts from his sister, Bonnie Bos on a website called Caring Bridge, meant to track recovery and to allow community members to send the Bos family words of encouragement.

Bos sustained injuries from a serious car accident that took place on the morning of March 13. Bos was driving to pick up milk from the store when another driver swerved into his lane, according to posts from his sister, Bonnie Bos.

He sustained a traumatic brain injury as well as a broken neck, arm, leg, and pelvis, and was taken to R. Adams Cowley Shock Trauma Center at the University of Maryland in Baltimore for surgeries and intensive care. He succumbed to those injuries on Thursday.

In a message to students and community members on Thursday morning, Walter Johnson High School Principal Jennifer Baker wrote “Jon Bos is a beloved member of the WJ community and has touched many lives over his years here.”

During his time as a teacher, Bos taught AP Literature and Composition, directed musicals, and served as a mentor to high school students, according to a GoFundMe page set up to help the Bos family offset sudden financial costs. The GoFundMe page raised over $28,000 for the Bos family.

Comments on the GoFundMe Page and the Caring Bridge profile echo Baker’s message, highlighting Bos’ impact as a teacher and friend.

“When I arrived at school each morning, the first person I often sought out was Jon to get advice or to chat about music, politics, or to just laugh,” wrote another Walter Johnson English teacher, Colleen McAdory.” “He was a caring and trusted friend and an extraordinary teacher. I am grateful and honored to have known him.”

Other parents and students commented on Bos’ GoFundMe page, leaving notes about his impact on their lives and educations.

“I don’t think it’s an understatement to say that Mr. Bos was one of the best teachers (and humans) many of us have ever known,” wrote Gina Lorenzetti, a former student.

“Mr. Bos was always happy to let us goof around in his classroom during lunch or after school, creating a truly cherished safe space for us to grow and be ourselves.”

The hundreds of comments across both pages highlighted Bos’s love of Bob Dylan and those around him.

“Jon was an amazing husband, father, son, uncle, cousin, friend and teacher. We will all miss his incredible wit & humor, never-ending thirst for knowledge, and unwavering love of Bob Dylan,” wrote Bonnie Bos in a Caring Bridge post.

The Bos family will not be holding a funeral service at this time, but once large groups are allowed to gather again, they will hold a memorial service in Jon Bos’s honor.