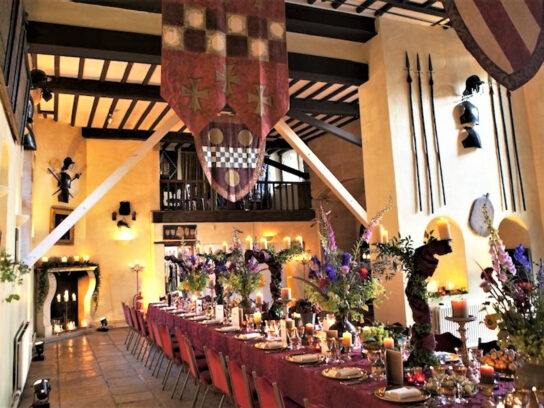 In the summer of 1592, Queen Elizabeth I and her very large retinue of courtiers arrived at Sudeley Castle, a magnificent structure in the Cotswolds, in Gloucestershire, southwest England.  The official goal of this visit was to celebrate the fourth anniversary of England’s defeat of the Spanish Armada, and to honor Giles Brydges, 3rd Baron Chandos, owner of the Castle.  But a possible secondary goal was to force Chandos, whose formerly Catholic family had previously been given the Castle by Catholic Queen “Bloody Mary,” to spend so much money on entertaining his guests, that he would have no resources left to resist Elizabeth’s rule!

Elizabeth may have also sought some revenge against the Chandos family and enjoyed forcing him to pay her homage, since Chandos’ grandfather (1st Baron Chandos) had been Elizabeth’s jailer for a short time at the Tower of London, when he was the Lord Lieutenant (the commander) of the Tower and she was incarcerated there.

The highlight of the lengthy royal visit to Sudeley Castle was an epic three-day party, probably one of the largest and most expensive in British history.  The event involved jousting, bear and bull baiting, dancing, singing, a specially commissioned play, a pageant, mummers, and of course lots of feasting and drinking. The party was held in a temporary Banqueting Hall.

There is no historical description available of the Sudeley banqueting hall, but there is a description of a likely similar temporary banqueting structure built at Whitehall in London in 1581, as part of Elizabeth’s marriage negotiations with the Duc d’Alencon.  (She was 48 and he was 26 at the time.)  This structure took 375 laborers 3 weeks and 3 days to build (i.e., about 9000 person-days!).  It was 332 feet long, held up by 30 masts, made of canvas painted to look like stone, and the ceiling was painted with stars, clouds and sunbeams to look like the sky.  The inside was decorated with “292 glass lights…and all manner of strange flowers…garnished with spangs of gould…and fruits like pomegarnetts, orrnges, pompions, cowcumbers, grapes, carettes, peas and such like.” (sic!)

Temporary structures like this were meant to impress the common folk, convey the notion of the divine right of kings to rule, and allow the monarch to slowly progress around the kingdom.  They played a major role in the famous 1520 event The Field of the Cloth of Gold at Calais — the famous meeting between Henry VIII and Francis I, King of France.  But because of their temporary nature, relatively little hard information on them is available via historical documents, paintings or archaeology.

Historians and experts at Sudeley wanted to find the site of the banqueting hall, but had no success until they noticed a large, lumpy, unused field in the area east of the Castle, in an area first thought to be an old Saxon manor house, but then suspected of being a buried Tudor Garden.

Beginning in the early 16th century, Tudor Gardens became important places to entertain, feast, and display new-found wealth and power. (Previously gardens had been small private affairs.) During the reign of Elizabeth, this trend accelerated, and gardens filled with exotic plants and designs became even more elaborate, due to her love of display and clever use of design, fashion and architecture for political messaging.  Nobles vied to build ever more elaborate gardens, to lure Elizabeth to visit.  Such gardens could include private areas where political scheming could not be overheard, rosemary bushes shimmering with gold leaf, fountains, statues, and “bridges magically brimming with wine.”

Because of the transitory nature of gardens, and the destruction of almost all Tudor Gardens during the later open landscaping craze led by Capability Brown, there is only one other likely Tudor Garden in Britain.  Hence the possibility of identifying, mapping, and studying a previously unknown one is very exciting for historians and landscape architects.  And with modern plant micro-identification and paleo-environmental techniques, it may be possible to identify some of the exact plants used in these exotic displays.

Sudeley Castle General Manager Wendy Walton stated that, “Finding an intact Tudor garden like this is an astonishingly rare occurrence.  Bringing it back to the surface would be an amazing achievement, and would give us the chance to find out what it would have been like in the days when Anne Boleyn, Elizabeth I and Katherine Parr, Henry VIII’s last wife, walked its pathways.”

Last month I was privileged to join a team of professional, amateur and volunteer archaeologists that searched and dug for Queen Elizabeth’s missing Banqueting Hall and Tudor Garden. Next month I will tell you what we found.  Watch this space! 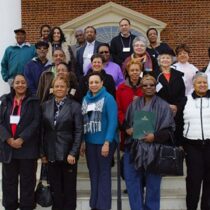 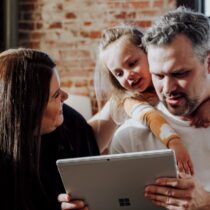