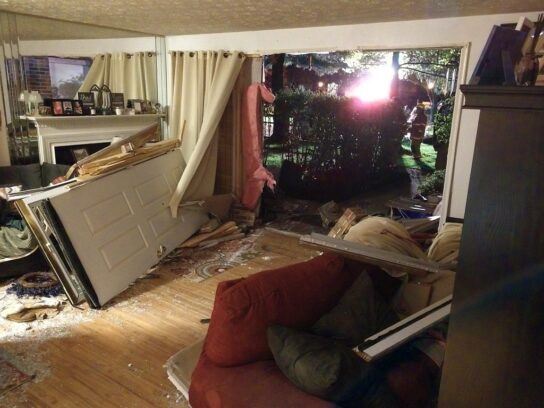 A car crashed into a home in Germantown at about 2 a.m. Tuesday, Montgomery County Fire and Rescue Service Chief Spokesperson Pete Piringer reported.

The driver of the car crashed into the home located on Saint Peter Court and then fled the scene. Two people were home at the time but had no serious injuries. The family was displaced due to the damage that occurred, according to MCFRS.