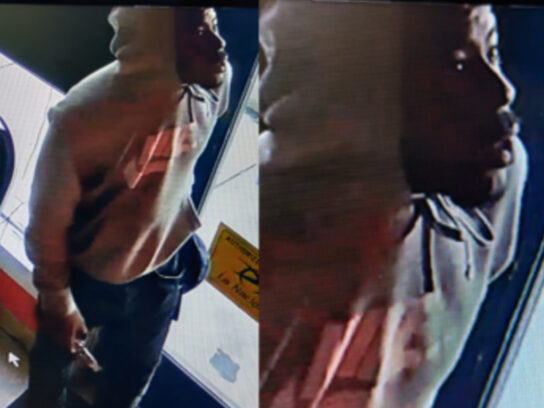 Montgomery County police from the 4th District Investigative Section released photographs of a suspected burglar Thursday, in an attempt to help identify the male suspect.

On Sept. 30, police were called to JJ Multi Services on Triangle Lane in Wheaton after an employee reported a burglary. Police say surveillance video shows the suspect using force to enter the business, stealing property and fleeing the scene. The burglary occurred just after 7 a.m. on Sept. 30, but was not discovered until approximately 11 a.m. the same day.