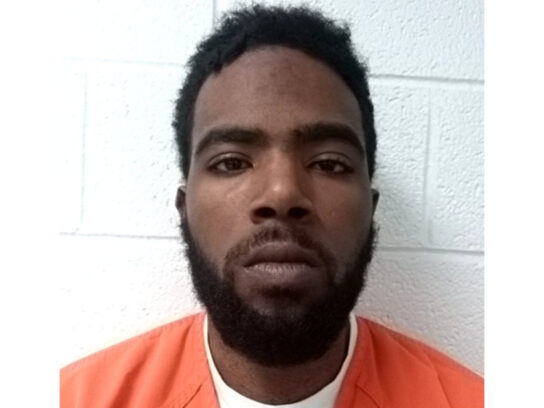 Shawndel Arnez Weems of Columbia was sentenced to 50 years in prison Friday in the shooting death of Richard Montgomery High School student Simeon Mukuna, 18. The two did not know each other.

Although Weems, 24, spoke during the sentencing, he did not apologize or express remorse, according to the Howard County State’s Attorney’s office.

During the morning sentencing, 10 members of Mukuna’s family spoke. There were about 40 people in attendance.

Weems was sentenced to 40 years for second-degree murder and 20 years for using a handgun in the commission of a crime. Ten of those years were suspended. He also must serve five years of probation.

“This loss of life was senseless and utter unnecessary. We have an 18-year-old young man who had a bright future ahead of him and it was cut short over nothing,” State’s Attorney Rich Gibson said. “Weems’ actions are inexcusable. There is a family in immeasurable pain due to his choice to engage in violence.”

Howard County Police on Feb. 6, 2021 went to the 7500 block of Monarch Mills Way in Columbia following the report of a shooting. When they arrived, they saw Mukuna on the ground suffering from shotgun wounds. He died at the scene, according to the state’s attorneys office.

Witnesses told police that Mukuna was helping a friend work on his vehicle when he walked to his own vehicle to get a jacket. As he walked back across the parking lot, a vehicle pulled up alongside him and Weems, who was the driver, began shooting, according to the state’s attorneys office.

Weems then parked his vehicle and walked into a nearby apartment where he lived. Police used a search warrant to check out his apartment and found a 9 mm handgun and one magazine with live rounds in it. They also found Weems’ Handgun Qualification License.

According to the state’s attorney’s office, Weems told investigators he thought Mukuna had a handgun. He said he did not know the teenager and had never seen him before.