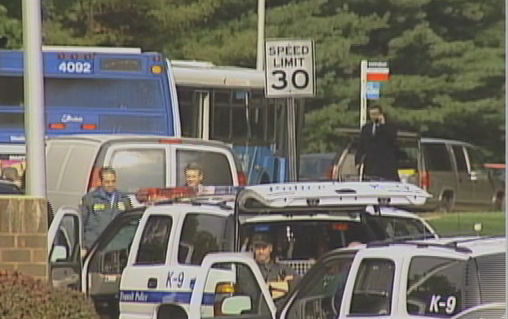 Current and former residents from the D.C, Maryland, and Virginia region remember the terror that ensued during the three-week Beltway Sniper shooting spree that was carried out 20 years ago in October of 2002.

“Never forget, one of the most horrifying events ever,” wrote Facebook user Aleta Godsgotit.

In response to a special that MyMCM produced, recalling the timeline of events and hearing from investigators, authorities, and families of the victims, residents shared dozens of messages detailing their experiences of the attacks on social media.

Victoria Riviera of Halpine View remembered being in middle school when the attacks occurred. “My birthday party was canceled and we had to wait in cars at the bus stop for fear of being shot.”

Twitter user Matt Schoen, who was also a schoolchild at the time, shared his experience. “I remember this time period so well,” he said. “I was in high school in northern Virginia. People were getting shot at gas stations and department stores. Everyone was terrified to leave their house. Just a horrible experience to go through.”

The shooters, John Allen Muhammad and Lee Boyd Malvo carried out a slew of attacks from Oct. 2 through Oct. 24, 2002, murdering 10 people and critically injuring three.

Several of the attacks were localized to Central Montgomery County, where Muhammad and Malvo shot nine people over the course of the spree. Many residents remember the fear that swallowed Aspen Hill, where multiple people were shot over the three-week period.

“Most of the Montgomery County shootings were within 1 to 5 miles of my work and home,” Facebook user Katherine White recollected.“I still get gas at the gas station at the corner of Aspen Hill Road and Connecticut Avenue where the taxi driver was murdered.”

White was referring to Prem Kumar Walekar, a 54-year-old taxi driver who was killed while he was pumping gas in his taxi at the Mobil gas station on Oct. 3. He was the third victim in the shootings.

Residents would take extreme measures to ensure their safety when going about routine activities, unsure of when the snipers would strike again. Twitter user Fionn Mac Cumhaill commented that, out of precaution for his safety, he “Drove miles to buy gas that wasn’t near a highway.”

“Any loud sound was scary,” said Facebook user Tito Cesar Pastran, “people had to zig-zag while walking around.”

Police reports alleging that the killers operated out of a white van sparked intense fear for people who encountered them. Nancy O’Keefe of Norbeck remembered hiding in sight of the vehicle. “I sold apples from our garage, and when a white van pulled up, I always hid behind the brick divider,” she said. “Everyone was leery of a white van.”

Another Facebook user, Milton Hourcade, recalled the terror surrounding the indiscriminate killings. “I do remember perfectly well, living each day, that one could become the next victim.”

Only 13 months after 9/11, fears rose amid worries that another terrorist attack was underway. Nicole Latham of Wheaton Forest expressed that the community was in “times when you knew what true fear was.” 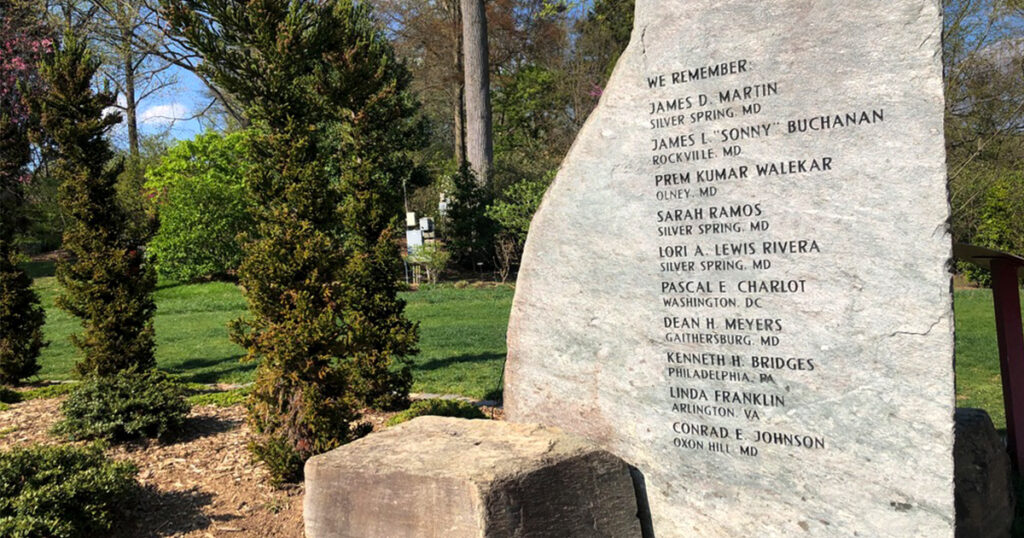 Looking back on 20 years since the shootings, the community remembers the victims and extends sympathies to family members reliving tragic loss.

The Montgomery County State’s Attorney John McCarthy, who was the lead attorney legal adviser to the sniper task force at the time commented on the lingering impact on the region. “This thing has left an emotional scar on this community that remains 20 years later.”

20 years Ago: Chilling Memories of the D.C. Sniper Attacks That Terrorized Montgomery County