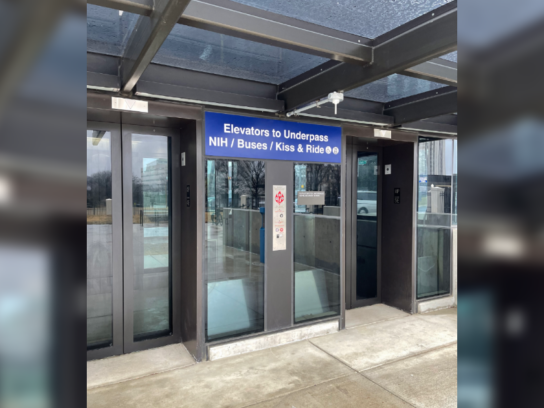 The Maryland Quality Initiative presented the ‘Award of Excellence’ to the Montgomery County Department of Transportation for their work on the MD 355 Crossing Project in Bethesda, MCDOT announced Wednesday.

The award winner, which is announced each year, was decided on by a panel of experts who evaluate all of the nominations. The MD 355 Crossing Project won for the category of “Projects Over $5 million.”

The project, which took roughly five years to complete, was started to increase the capacity of, and improve access to, the Medical Center Metrorail Station, as well as enhance pedestrian/bicyclist safety between the west and east sides of Rockville Pike (MD 355), according to MCDOT in a press release on Wednesday.

“This was one of the most important improvements to pedestrian safety in Montgomery County in recent years,” said County Executive Marc Elrich of the project in a tweet back in February.

To view more information about the MD 355 Crossing Project, you can visit md355crossing.com/.