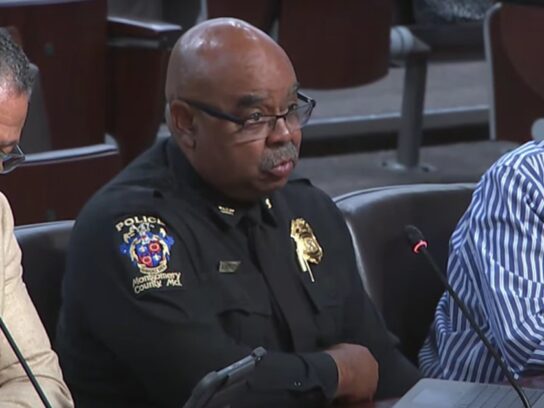 Montgomery County has seen an “incredible increase” in the number of youth victims and suspects in shootings and police investigations, according to Police Chief Marcus Jones.

Thus far in 2022, there were 10 non-fatal shooting victims who are ages 21 and under, compared to 20 victims in that age group last year, Jones explained during a presentation on youth safety and development at a council meeting Tuesday.

He said in some shootings, police have had issues with victims who do not cooperate with law enforcement.

“By not explaining to us the circumstances in which they were shot nor will they explain who actually shot them,” Jones said. In those situations, many times the victim wants retribution and will “take justice into their own hands.”

“Therefore, we have a string of shootings as a result thereof because of this ongoing battle,” based on the conflict, Jones said.

Two short-term goals county agency leaders have are to prevent youth violence over the summer and to equip a capacity of adolescents, parents and staff to be able to intervene early on, explained Dira Treadvance, Chief of Children, Youth, and Family Services with county Health and Human Services.

The department intends to saturate communities with high spikes of violence with services and resources to address root causes, Treadvance said.