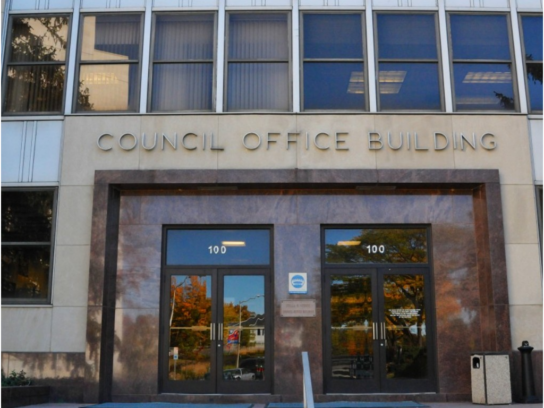 Members of the Montgomery County Council’s Government Operations and Fiscal Policy Committee unanimously agreed Monday to allocate an additional $92,000 so that the council offices can accommodate the two new members who will be seated in 2022. The county already set aside $408,000 from excess appropriations for the work.

Residents approved a charter amendment during the November 2020 election that increases the number of council districts from five to seven, while still retaining the current four at-large seats, for a total of 11 councilmembers.

The nine council offices will remain on the fifth floor. The new new suites will be located on the fourth floor where the Legislation and Information Services staff operates as well as the adjoining workroom and copier room. Those offices will be moved to the sixth floor.

Work also will be done in the council’s third floor hearing room so that all 11 councilmembers will be able to sit at the dais.

“In doing the people’s work, having staff that is able to serve in a way we would expect them to, is something we need the building to be able to provide,” said Councilmember Andrew Friedson. He called the current building on Maryland Avenue “a significantly aging building with some built-in challenges.”

Committee members also discussed renovations to the first floor cafeteria but no action was taken. Because the cafeteria is not up to code, David Dise, the county’s director of the Department of General Services, estimated that it would cost “one million dollars to address.” According to Dise, “It quite frankly needs to be completely gutted and redone.”