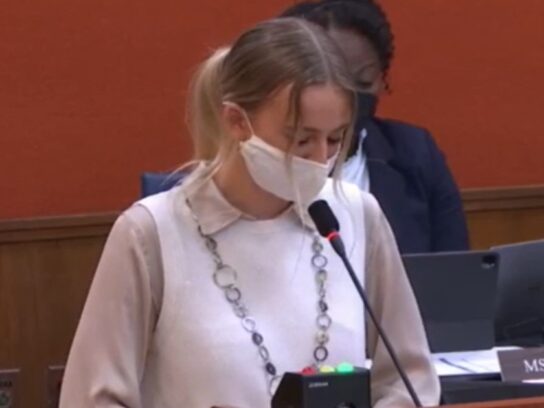 An Albert Einstein High School varsity soccer player told members of the Montgomery County Public Schools Board of Education (BOE) Thursday that when her team played Sept. 30, 2021,  it was “the most difficult game we’ve ever played against Sherwood High School.”

Lindsey Broitman was not referring to the skill set or competitiveness of the game but that “throughout the entire game the student section at SHS was making negative comments about our players’ race, bodies, and skills on the field.”

Broitman, a senior, said that after the game, “our players felt terrified, upset, frustrated, disappointed, and unheard.”

She told the BOE during public comments at the Jan. 13 meeting that a fellow teammate walked off the field in tears “because she was body-shamed for the past 90 minutes.”

Broitman, along with fellow teammate Natalie Ramirez, participated in restorative study circles with administrators, counselors, athletic directors and students from both schools, she testified. However, she said the study circle was not effective enough and the verbal abuse continued.

Broitman asked the BOE to extend these study circles throughout the county and suspend from playing and attending games “or even removed from the team” any students involved.

MCPS “must implement preventative measures. If MCPS truly wants to create an anti-racist environment, students in these situations must face repercussions because if they don’t they will continue these racist/hateful practices well beyond high school,” she testified.

Following her remarks, BOE Member Rebecca Smondrowski called for MCPS staff to “immediately find out” about this incident. “Hopefully our staff will be on it as soon as possible.”

BOE Member Judy Docca said, “The Sherwood incident really bothers me,” adding, “We’ve got to stop this kind of thing.”

Board Member Lynn Harris said she hoped Broitman would be included in future discussions on how best to end these incidents. While Broitman only talked about one incident, Harris noted, “Sadly, they are not isolated.”

Recently, these two schools have had similar incidents. According to Jeffrey Sullivan, MCPS director of systemwide athletics, there was an incident involving racist and derogatory comments during a Jan. 8 junior varsity girls’ basketball game between Sherwood and Albert Einstein high schools. He called that incident “inexcusable.”

Sullivan wrote a letter to the MCPS Community, informing them that there was a report of “inappropriate language being used by a member of each team. “At the end of the game, a student  from each team accused one another of making racist and derogatory comments at each other during the course of the game.”

This rivalry sparked an earlier racial incident when Sherwood  played Einstein in a soccer game in October 2021. Sherwood High’s cheering section and crowd members called out derogatory names against the Asian community, according to Sherwood High School’s principal at the time.

In the Jan. 8 incident, Sullivan noted that the incident was “in direct conflict with our R.A.I.S.E. core values of Respect and Sportsmanship, Academic Excellence, Integrity and Character, Spirited and Safe Competition, and Equity and Access. Such actions are inexcusable and individuals who engage in such behaviors are not welcome in our program.”

“We will not tolerate statements or actions that harm or discriminate against others, including by race, gender identity, or socioeconomic status,” Sullivan wrote.

A petition on Change.org called on MCPS Board of Education “to open their eyes to the racism that Sherwood is letting slide. Enough is enough and we need you to help instill the change in our schools.” 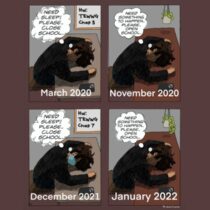 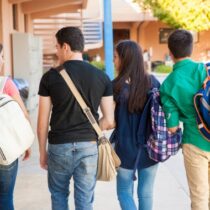