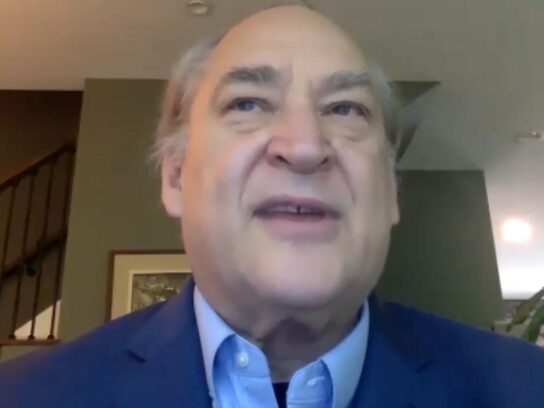 Taxes will not be raised, according to the budget recommendation, which next will be reviewed by Montgomery County Council. Public hearings are expected to be held in April with the council voting on the final draft by June 1.

The budget funds MCPS at $2.8 billion and Montgomery College at $312.5 million.

While the Montgomery County Police Department’s budget actually increases by .6%, it eliminates 29 Student Resource Officers. Those officers would be reassigned.

The police budget, which Elrich said he discussed with Police Chief Marcus Jones, adds two members to its internal affairs department to decrease the time it takes to complete investigations, and it creates three new mobile crisis outreach teams. Rather than be stationed inside schools, members of these teams will patrol in communities near schools and be able to get to a school as soon as possible should an emergency, like a bomb threat, occur, Elrich said. 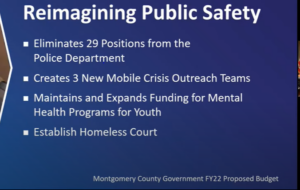 Funding for a homeless court will be added, thereby decriminalizing homelessness, he said. “We need to break that cycle” of sending the homeless to prison.

The budget stresses getting people into their own homes rather than rental properties.

After reviewing Elrich’s recommended operating budget, MCPS Board of Education President Brenda Wolff and Superintendent Jack Smith issued a statement, saying they “greatly appreciate County Executive Marc Elrich’s steadfast commitment to public education.” They noted that Elrich’s proposal “equals the Board of Education’s requested budget and is $40 million over Maintenance of Effort.”