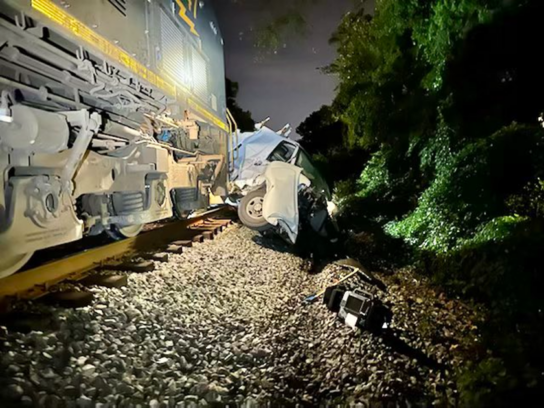 Just before 7:30 p.m., Montgomery County Fire & Rescue Service (MCFRS) responded to a report of a train crash involving a vehicle near the Randolph Road and Nebel Street railroad crossing.

The train traveling southbound pushed the vehicle down the tracks, which came to a stop between Randolph Road and Nicholson Lane, MCFRS Chief Spokesperson Pete Piringer said. The collision also knocked down electrical wires onto the tracks.

The driver of the vehicle left the scene before the arrival of MCFRS, according to Piringer.

Following the crash, CSX train traffic stopped in both directions in the area between Silver Spring and Gaithersburg. Randolph Road was also closed between Rockville Pike and Parklawn Drive.