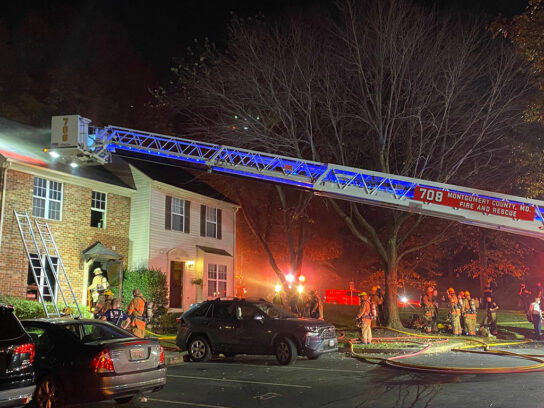 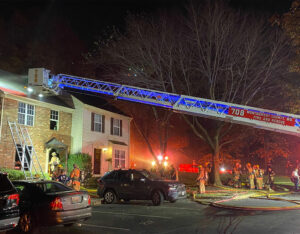 At approximately 5:25 p.m., emergency services responded to a call about a house fire on White Sands Dr. in Germantown. Upon arriving at the scene, fire fighters observed the fire coming from the front door, according to Montgomery County Fire & Rescue Service (MCFRS) Chief Spokesman Pete Piringer.

The occupants of the home heard noise in the basement, accompanied by an odor. The smoke alarms went off, alerting the family to evacuate the house. One of the family’s two dogs perished in the basement, and one of their two ‘free range’ turtles is missing.

The fire extended from the basement, according to Piringer. He stated that the floor collapsed and the fire caused approximately $300,000 in damage. The cause of the fire is currently undetermined and the damage has complicated the investigation.