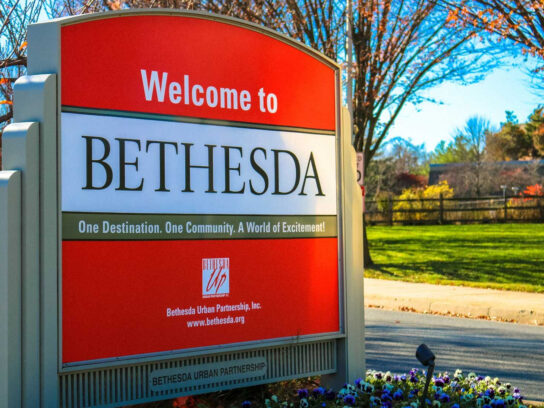 Nobelpharma, which develops curative drugs and medical devices for rare diseases that large pharmaceutical companies tend to overlook because of the small number of patients that would use the medicine, signed a three-year lease in the Bethesda Office Center on East West Highway.

The company has been located in a temporary office in Bethesda since 2019 and recently moved into its United States headquarters this summer.

In choosing Bethesda, the company cited its proximity to leading researchers, regulators and advocacy groups.

“We chose Bethesda, Maryland as Nobelpharma’s U.S. headquarters because of the proximity to the National Institutes of Health, the Food and Drug Administration and advocacy organizations like TS Alliance, which supports families managing tuberous sclerosis complex,” wrote President and CEO Yoshiki Kida in a news release.

“Access to the country’s leading researchers, regulators and advocates is a key element of our success strategy, and we are glad to make Montgomery County, Maryland our new U.S. home.”

The Montgomery County Economic Development Corporation (MCEDC), together with the Maryland Department of Commerce, helped the Japanese company pick its site.

“The state of Maryland is proud to serve as the gateway for Nobelpharma’s entry into the United States,” said Maryland Commerce Secretary Kelly M. Schulz. “We look forward to watching the company expand its talented workforce and presence in Montgomery County in the years to come.”

Benjamin Wu, MCEDC president and CEO, welcomed the company to the area. “Choosing Montgomery County for Nobelpharma’s first global expansion outside of Japan affirms our region’s world-class life science strengths and quality of life. Our biotech network, federal assets and highly-educated workforce will allow Nobelpharma to further its work for patients battling rare conditions,” he wrote in a news release.

“International companies have the added benefit of locating in one of the country’s most diverse regions, with rich cultural opportunities and 150 languages spoken in our local public schools.”