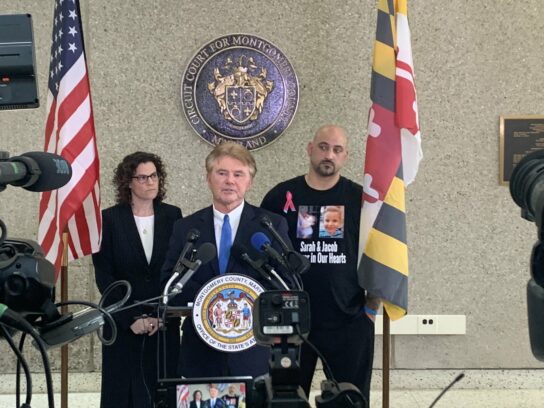 The expectation was that the case of Catherine Hoggle — which received local, national and international attention six years ago – would come to a resolution on Tuesday. That did not happen.

For the first time, Troy Turner had the opportunity to speak in court. He made it clear that he just wanted justice for his two missing children, Sarah and Jacob.

The two young siblings were last seen with their mother, Catherine Hoggle, before they vanished in 2014. They still haven’t been found. Hoggle has been charged for their deaths, and has since been institutionalized at the Clifton T. Perkins Hospital Center in Jessup where doctors have ruled her incompetent to stand trial.

On Tuesday, a competency status hearing was held in Montgomery County Circuit Court after Hoggle’s Attorney David Felsen filed a motion for the felony murder charges to be dismissed.

Throughout the years, Hoggle has been found incompetent to stand trial, however she was considered “restorable.” Recently, reports shown in court state that Hoggle is still incompetent but no longer “restorable.”

State’s Attorney John McCarthy said it is too premature in the process to bring into question Hoggle’s “restorability.”

Ultimately, Circuit Court Judge Robert Greenberg did not make a decision in court on Tuesday. Calling it a “momentous decision,” Greenberg decided he will issue a written opinion that is expected to be released within the next week or so.