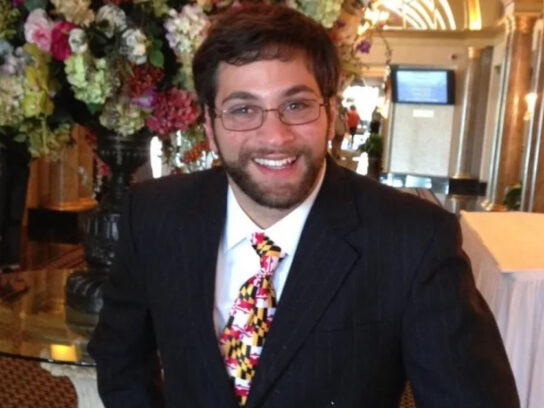 Aaron Kaufman, who is active in the disability and Jewish communities, was chosen Tuesday night by the Montgomery County Democratic Central Committee as the Democratic nominee for state delegate in District 18.

The vacant seat arose with Delegate Al Carr’s last minute filing to run for county council in District 4 rather than for re-election for his current seat, where he has served since December 2007.

Kaufman was one of 10 candidates vying for the nomination. He is senior manager of legislative affairs at the Jewish Federations of North America. He is active with RespectAbility in Rockville and a member of the executive committee at Jewish Foundation for Group Homes in Rockville.

Best wishes to Aaron Kaufman on his selection by the Montgomery County Democratic Central Committee to be the Democratic nominee to replace Al Carr as a D18 state delegate.#moco #democrats #mcdcc pic.twitter.com/2Mh60yrnWC