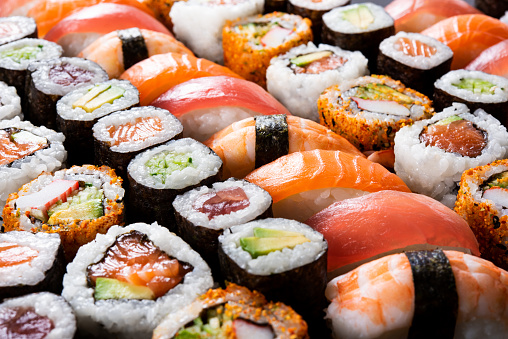 Kusshi Sushi opened earlier this week in downtown Silver Spring and is offering soft opening specials to some diners to celebrate.

Diners can message the restaurant on Instagram or join its interest list for a discount and to get involved with the soft opening festivities. The soft opening specials began on Monday and will continue through next week, owner Wesley Yao told MyMCM.

Diners who attended the soft opening this week received a 25% discount, which ended on Thursday, Yao said. Some members of the Kusshi email list also have special promotional discounts that extend through Sunday. Other discounts could continue into next week, Yao added.

Kusshi is located at 8512 Fenton St. in downtown Silver Spring. It replaces Gusto Farm to Street, which closed in the space last year.

Yao grew up in Montgomery County and is excited to add another local franchise after Kusshi’s success at Pike&Rose in Bethesda. The restaurant’s menu boasts rice bowls, ramen, poke, mochi ice cream and sushi rolls. Many menu offerings mirror offerings at the chain’s franchise at Pike & Rose.

Yao had hoped to open Kusshi’s doors in September, but the restaurant’s inspection process was delayed due to air balance issues in the new location, he said.

All patrons are welcomed to Kusshi currently, but it is still in a soft opening stage awaiting fuller stocks of beer and saki, Yao said.

Kusshi is open from 11 a.m. to 10 p.m. daily, according to the restaurant’s website.

The growing Kusshi brand also opened a location in Arlington this past summer. Another franchise in Vienna is set to open next month, Yao said.