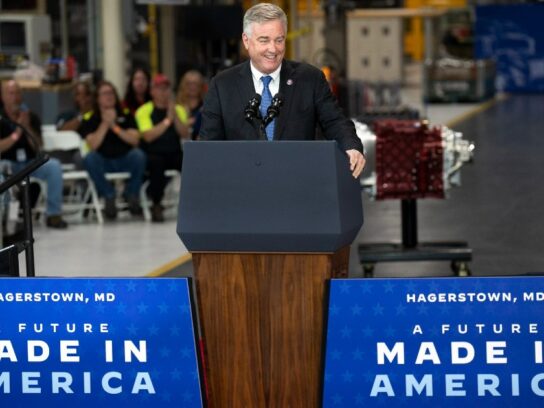 Biden praised the workers and unions in general while he spoke about the jobs that have been created during his tenure.

Trone, who represents a portion of Montgomery County, spoke about the CHIPS and Science Act, the Infrastructure Investment and Jobs Act, the Bipartisan Safer Communities Act and the Inflation Reduction Act, all of which he said, “invest in America’s workforce, health care and its future.”

I proudly joined @POTUS today to showcase our country’s economic growth and share our vision for America’s future. We’re here in Hagerstown to put #PeopleOverPolitics and build a better tomorrow. That’s what we’re fighting for. That’s what we’re going to do. pic.twitter.com/bOabW5qCBD