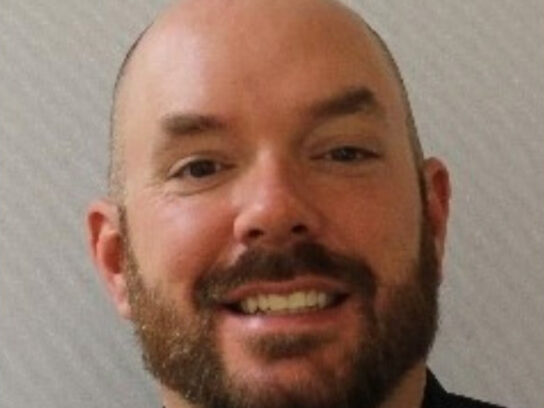 State and local leaders have taken to social media to express condolences for U.S. Capitol Police Officer William “Billy” Evans who was killed when a man in a car rammed into a police barricade. The incident took place shortly after 1 p.m. outside the U.S. Capitol on Constitution Avenue. Evans succumbed to his injuries and another officer was injured.

Yogananda Pittman, the acting chief of U.S. Capitol Police, told reporters the suspect then exited the vehicle and ran toward officers with a knife. He was then shot by a Capitol Police officer and was subsequently taken to a nearby hospital where he died from his wounds.

Capitol Police tweeted that the other officer who was struck by a car is in stable condition and does not have life threatening injuries.

The attack on the officers comes almost three months after the Jan. 6 violent insurrection at the Capitol led to amped up security, barricades and the deployment of thousands of National Guard troops — many of whom are still deployed in D.C.

“Jill and I were heartbroken to learn of the violent attack at a security checkpoint on the U.S. Capitol grounds, which killed Officer William Evans of the U.S. Capitol Police, and left a fellow officer fighting for his life,” Biden said. “I want to express the nation’s gratitude to the Capitol Police, the National Guard Immediate Response Force, and others who quickly responded to this attack.”

We are horrified by the death of another US Capitol Police Officer in the line of duty.

Maryland stands ready to provide any assistance that is necessary.

Maryland Gov. Larry Hogan tweeted that the state was ready to provide any assistance necessary. “We are horrified by the death of another US Capitol Police Officer in the line of duty,” Hogan tweeted.

Montgomery County Executive Marc Elrich also offered condolences, tweeting, “The sympathies of @MontgomeryCoMD
are with the @CapitolPolice today as another tragic and fatal incident has occurred at “The People’s House.” We must stop this violence. We must combat the mental health challenges that is at the root of these crimes.”

The sympathies of @MontgomeryCoMD are with the @CapitolPolice today as another tragic and fatal incident has occurred at "The People's House." We must stop this violence. We must combat the mental health challenges that is at the root of these crimes.

Here’s at several other statements of condolences from state and county leaders:

Myrna and I send our condolences at this heartbreaking time to the Evans family and the Capitol Police officers, who continue to stand watch 365/24/7 at the heart of our democracy. We also extend our thanks to the National Guard and first responders who protect our great Capitol.

Monitoring the situation at the Capitol closely. My thoughts are with the Capitol Police Officers—who risk their lives daily to protect our democracy—and with their families.

My heart is with the @CapitolPolice community as we mourn the terrible loss of an Officer killed in the line of duty. Sending thanks to our brave officers, first responders, and National Guard members at the Capitol and wishing speedy recovery for the second injured Officer. https://t.co/14PGmkxDbR

Devastated to hear of the passing of one of the officers involved in today's incident at the Capitol. My thoughts are with the officer's friends and family and the entire Capitol Police force.

My heart breaks for the @CapitolPolice family. Sending well wishes to the second officer injured and many, many thanks to the officers and first responders who responded rapidly on the scene at the Capitol. https://t.co/To1qLnhm8m

My prayers are with the family and colleagues of the fallen US Capitol Police officer. These senseless and relentless attacks on our democracy have got to stop.

SUCH a horrible tragedy!!! https://t.co/hyJqNKtuuH

Our thoughts and prayers are with family, friends and colleagues of Officer William "Billy" Evans #EOWApril22021 @CapitolPolice https://t.co/XIImzzRPfU