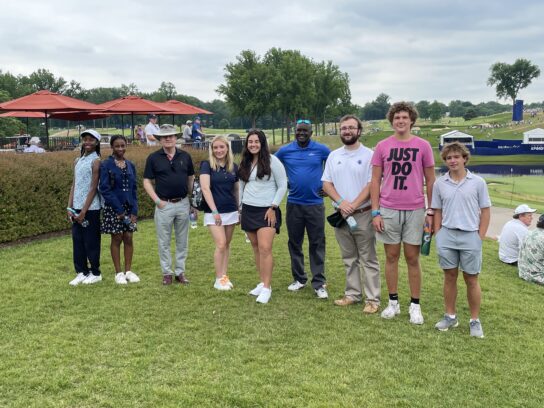 A new initiative that introduces high school and college students to a wide variety of careers in golf made its way to Congressional Country Club in Bethesda on Friday during the second round of the KPMG Women’s PGA Championship..

The program was started by the PGA of America,  the governing body that oversees the women’s and men’s PGA Championships.

The goal, according to the PGA, is to identify, attract, and engage more talent from diverse backgrounds.

On Friday, some local students were shown around the course and introduced to several people working a wide range of jobs at the tournament.