Following a raid on a Germantown apartment allegedly serving as a haven for guns and drugs on June 22, seven individuals arrested were held without bond in Montgomery County District Court Friday. The suspects face various gun and drug charges, including the possession of fentanyl with intent to distribute.

The suspects implicated in this case have been identified as:

According to court records, police obtained a no-knock search warrant on June 22 for apartment #22 located at 19753 Crystal Rock Drive in Germantown. At approximately 9:26 p.m., officers observed Ke-onta Goldsberry exit the residence. Goldsberry opened the hood of a parked vehicle waiting for him outside, removed a handgun from his waist bank, wrapped it in what appeared to be a black cloth, placed it on the drivers side of the engine compartment, and then closed the hood, court documents say. Police followed the vehicle being driven by an individual picking up Goldsberry from the residence. Both individuals were taken into custody in the area of Montrose Road and East Jefferson Street. Police located a loaded black 9MM Glock 26 in the engine compartment of the vehicle.

At approximately 10:39 p.m., police and the Montgomery County Police SWAT Team executed a search warrant of apartment #22. Bullard attempted to leave the residence through a balcony — he later reentered the apartment, according to court documents. Police also observed a loaded handgun being thrown from a window. SWAT officials called out all six individuals and they were taken into custody without incident.

Walkers mom told Judge John Moffett that her son suffers from Hemophilia A– a bleeding disorder that prevents the blood from clotting properly to control bleeding, and an injury in jail could be fatal. She also told the judge that the COVID-19 pandemic threw her son off track and he needed help.

All seven suspects are due in court for a preliminary hearing on July 22. 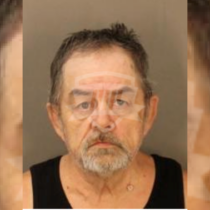