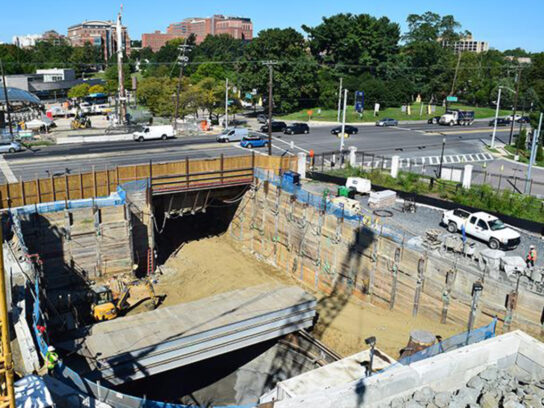 Starting at 9 p.m. Tuesday, construction workers will begin a double northbound lane closure from Wilson Drive to Woodmont Corner, where they will be installing lane reflectors. A double southbound lane closure will occur following the completion of the northbound section. According to a press release, all lanes closures will be removed by 5 a.m. Wednesday, Sept. 30.

On Tuesday, Sept.29 and Wednesday, Sept.30 from 9:00pm to 5:00am, there will be double northbound and then southbound lane closures from Wilson Dr to Woodmont Corner.

The lane closures come in addition to resumed construction below ground, where workers are installing new high speed elevators to connect Walter Reed Naval Medical Center to the metro system. According to a press release, construction taking place within the Medical Center Metro station will be behind partitioned areas, and during non-service hours. Construction is also not expected to limit or impede access to the station.

The project, originally slated to be completed by mid-2020, is now projected to be finished in Spring 2021.