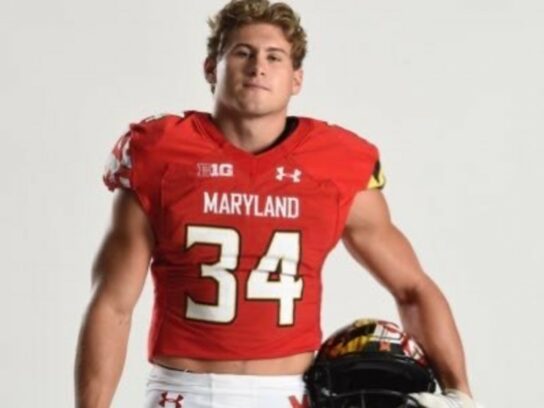 Five years ago, Jake Funk helped lead Damascus High School to an undefeated 14-0 record and the Maryland 3A state football title scoring seven touchdowns in the championship game against Dundalk.

Now he’s a senior running back at the University of Maryland. Injuries have ended his last two seasons and it looked like he would miss his senior season when the Big Ten announced in August that they had postponed the 2020 season due to safety concerns over COVID-19. But last week, the conference reversed its decision announcing an eight-game schedule for all 14 schools beginning in late October.

Funk, a three-time academic all Big Ten, is finally healthy and says he’s ready to go for Maryland’s season opener against Northwestern on October 24.

The Gaithersburg native talked to MyMCMedia’s Joe Yasharoff in the latest episode of MoCo’s Most Famous.