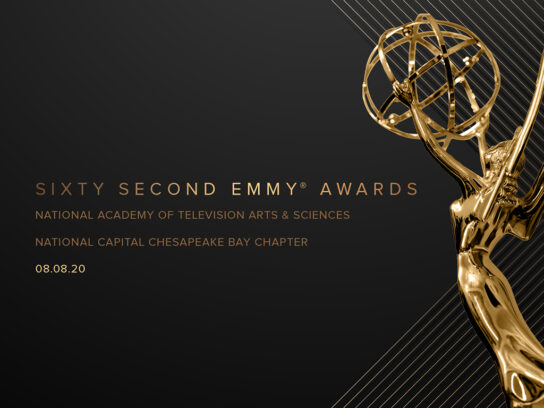 Montgomery Community Media was nominated for three Emmy Awards including the Community Service Award for their #SeeMeMontgomery campaign.

The nominations were announced Tuesday through Thursday nights by the National Academy of Television Arts and Sciences National Capital Chesapeake Bay Chapter.

“The ‘See Me Montgomery’ project perfectly represents the mission of Montgomery Community Media,” said Nannette Hobson, MCM’s CEO.  “Every day, we give voice to our communities through media access, with hyper-local focus on Montgomery County in our news, information and programming.  The subject of racism must be discussed to achieve understanding, and that’s what this project was designed to do.  We are so proud of this recognition of this valuable work.”

Watch a sampling of some of the #SeeMeMontgomery testimonials.

Hobson added, “MCM’s small staff is committed to serving our Montgomery County communities.  They do award-winning work with limited resources and an enormous amount of dedication.  This nomination validates their hard work and talents.  So proud of this team!”

Emmy winners will be announced on August 8.

Last year, MCM won the first Emmy Award in the 30+ year history of the organization.