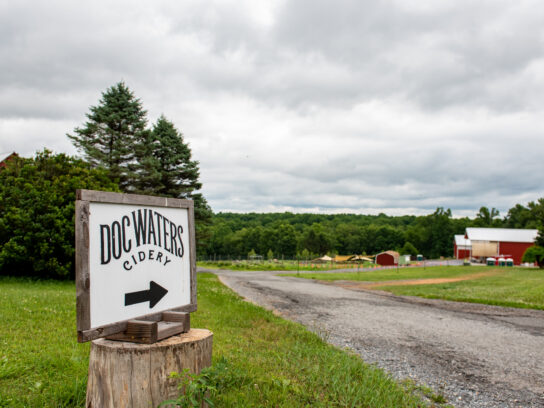 The Montgomery County Farm Tour and Harvest Sale will be taking place July 23-24, with over 19 farms across the county participating to host events for residents. The tour aims to help promote farms in the area and enrich community members in the diverse agricultural industry right here at home.

Leading up to this event, Montgomery Community Media’s multipart “Farm Tours Series” will focus on a select group of these participating farms each week. All photos are taken by Joe Ryan.

In part one of this series, myMCM will focus on the following farms: Butler’s Orchard, Doc Waters Cidery, Red Wiggler Community Farm and Do No Harm Farm.

A staple in the Montgomery County community for years, Butler’s Orchard is filled with a rich history and offers residents countless family-fun experiences.

During the 1950s, the history of Butler’s Orchard began when George and Shirley Butler purchased the then 37-acre farm, which included a log house where the family lived.

Over the years, the farm would grow and incorporate many traditions, such as the Pumpkin Harvest Days and Pumpkin Festival, which have been known to attract large audiences in the county. The well-known pumpkin events were inspired by high school projects from Todd Butler, a family member who died in 2010.

“Initially we grew 25 acres of peaches and sold them to a local grocery store and at our own small farm market,” the company states on their website. “Now, we have more than 25 varieties of fruits, vegetables, flowers, and trees on over 300 acres!”

The ‘Farm Market,’ which has become a notable part of the orchard, began merely as an “apple tree behind [a] log house.” The family sold peaches at the tree, and even used a former chicken house as a store before building a more suitable location in the 1960s.

“The red barn was built in 1964 and over the years we increased the variety of seasonal fruits and vegetables we grew and sold,” the company states. “In the 1970’s, we began selling additional products in our Farm Market, including preserves, local honey, gourmet condiments, seasonal decorative items, cider, and more!”

It wasn’t until 1993 that the market moved from the original red barn to today’s current location. 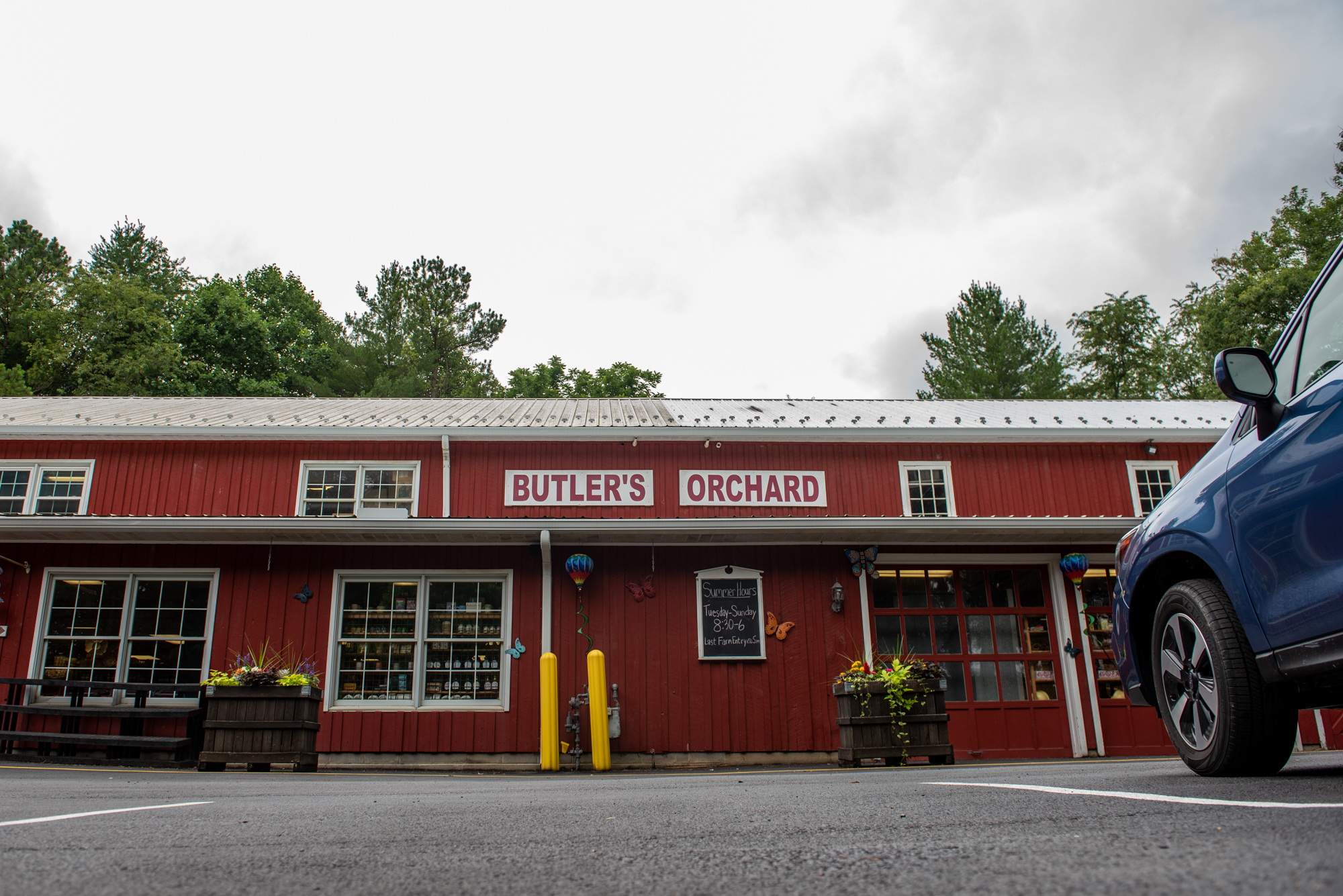 In this year’s farm tour, Butler’s Orchard will be hosting various events for families of all ages to take part in. These include tractor-driven tours, veggie races and the ability to “pick your own crops.”

Residents who choose to visit the orchard will also have the opportunity to ride pedal tractors, enjoy giant slides and also visit the many farm animals on site.

“Our farm market will be stocked with our famous slushies, donuts, and sample items from local vendors. Fresh seasonal produce, preserves, gifts and baked goods [will be available] in our market,” the company stated per the event brochure.

Established in 2018 by Washington White and Susan Butler, Doc Waters Cidery expanded on Waters Orchard and is recognized for being the first cidery in Montgomery County.

“Susan & Walsh used their love & knowledge of agriculture and their passion for providing fresh, local produce to create a beautiful estate cidery,” the company states on their website. “Doc Waters became known for its cider being made from apples grown onsite and for the fresh, tart flavor it brings to the cider world!” 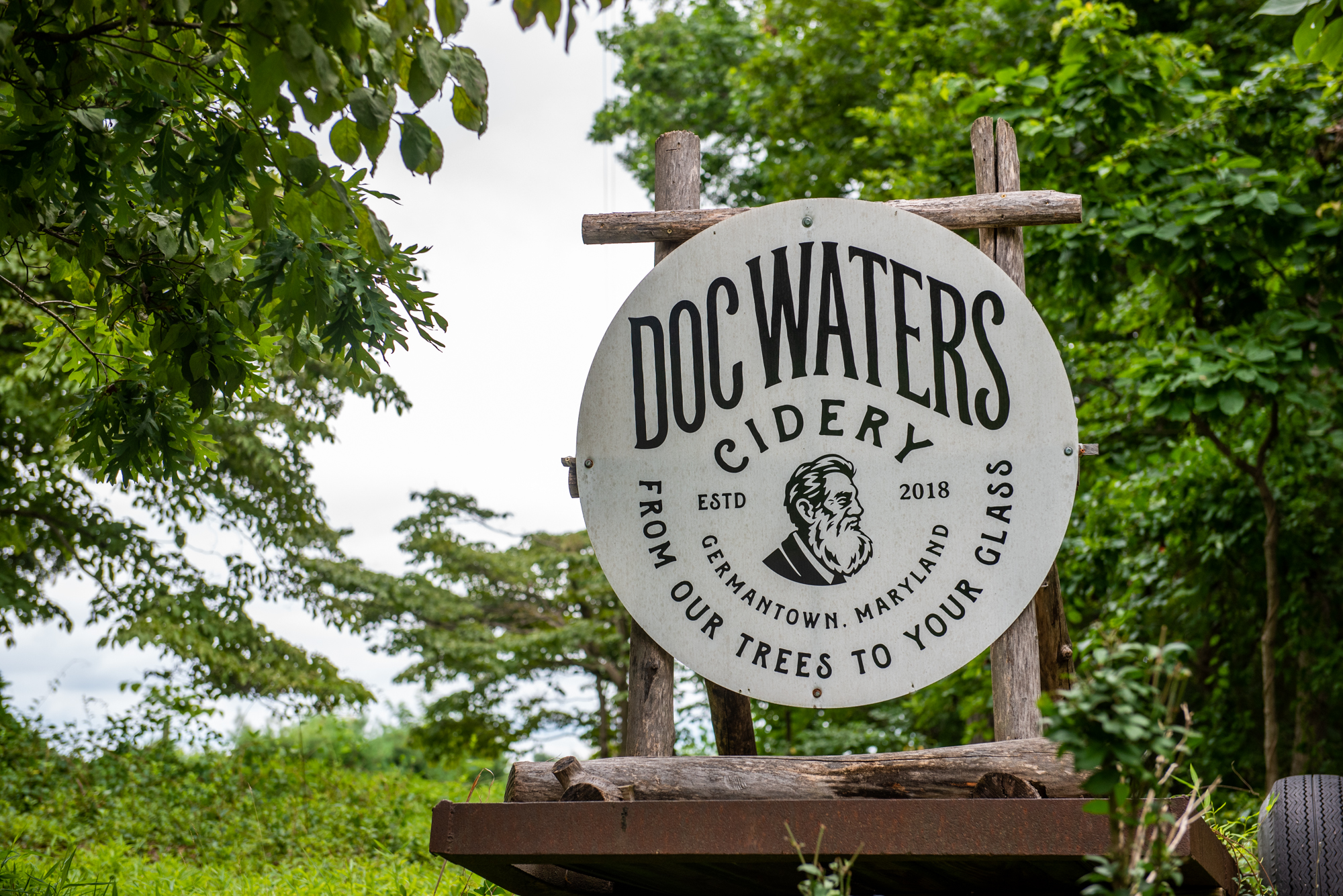 In 2021, the Butlers sold the cidery to family members Hallie, Tyler and Ben. A year later, Susan, the co-founder of the cidery, died in early 2022.

The group remains “committed to continuing and expanding the dream that [Susan] and Walsh had for the Cidery & Orchard.”

During the upcoming farm tours weekend, Doc Waters Cidery will offer residents all kinds of ciders and “bubbly Orchard Blends.” There will also be slushies, snacks and food trucks available.

Founded in 1996, Red Wiggler Community Farm is a recognized non-profit currently at the size of 13-acres. The company, which started out in Comus, Maryland, began on a 2.5 acre farm. It was founded by Woody Woodroof, who was inspired by his work at group homes in Arizona. 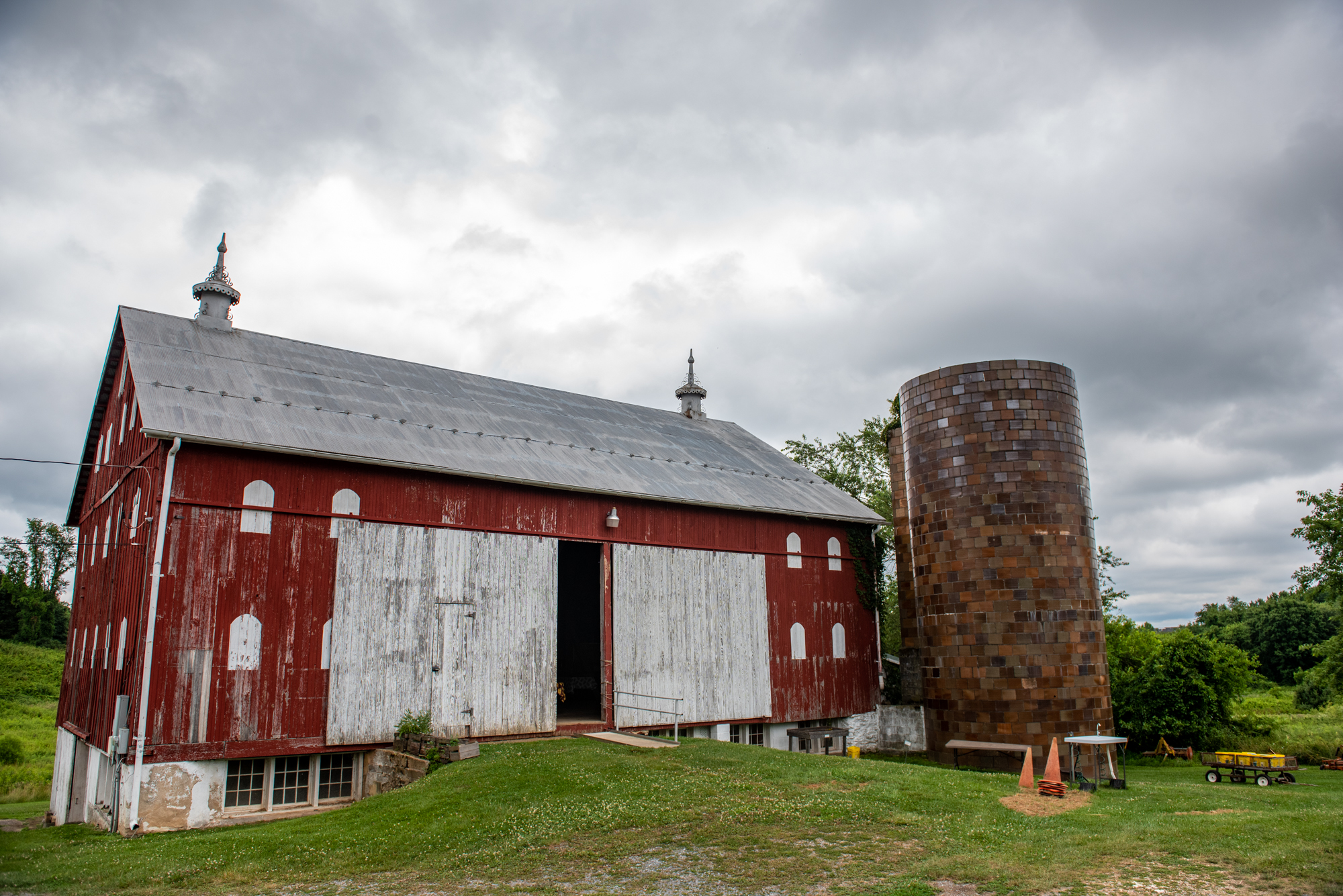 “Through this experience, Woody saw the need for both healthier food and more meaningful jobs for adults with developmental disabilities,” the company states on their website. “The idea evolved from gardens and composting services to a full-fledged organic vegetable farm employing adults with developmental disabilities who grow food for the community.”

After almost a decade in Comus, the farm moved in 2005 to its current location in Germantown where it serves over 1,900 community members. Red Wiggler has given half of all their organic produce to low-income households through the Farm to Group Home and Farm to Food Bank programs.

Since its establishment, the farm has been committed to being a place “where people with and without developmental disabilities come together to work, learn and grow healthy food.” 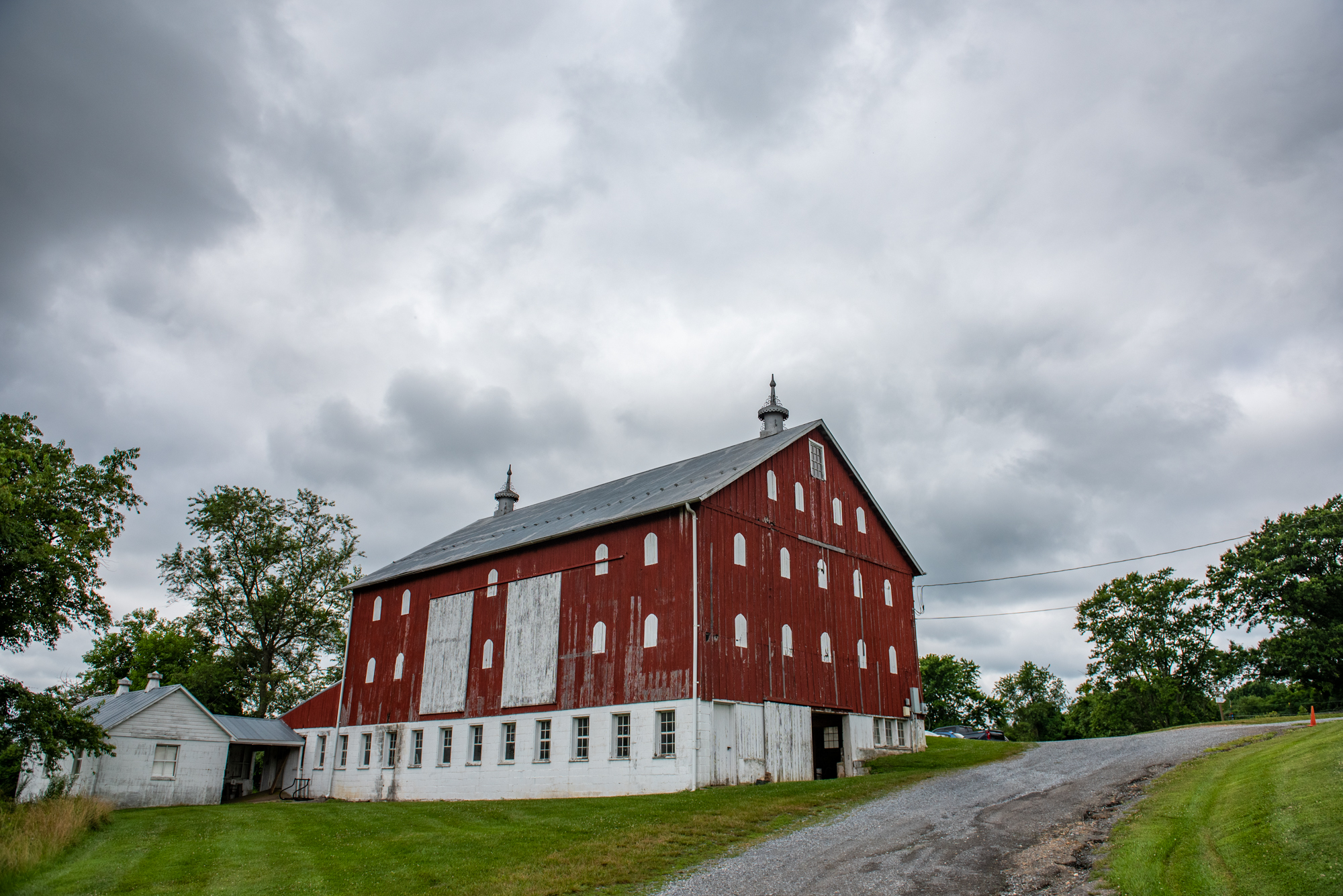 According to the company, the name Red Wiggler comes from the worms on the farm, who “work as unsung heroes to create fertile ground so that plants are more likely to be successful.”

Residents who visit Red Wiggler during the farm tours weekend will be provided with live music and interpretive field walks. Organic produce and local honey will also be available for community members to purchase.

“Learn about organic farming practices, our unique CSA programs and how we create an inclusive environment for all on the farm,” the company stated per the event brochure. “There will also be opportunities to taste, smell and take in the beauty of the fields.”

The Red Wiggler Community Farm will be open only on Saturday, July 23 from 12 p.m. to 4 p.m. For more information or questions, the company can be reached at 301-916-2216. The official website can be found here.

Do No Harm Farm

The three-acre suburban Germantown farm is known for providing fresh products and has played host to various concerts for county residents.

“Inspired by the land, our farm aims to foster a strong sense of community around a common need – fresh local food,” the company stated per the event brochure.

By Joe Ryan and Matthew Shea 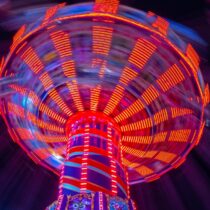 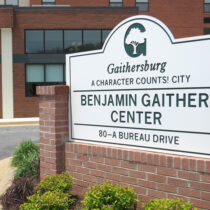