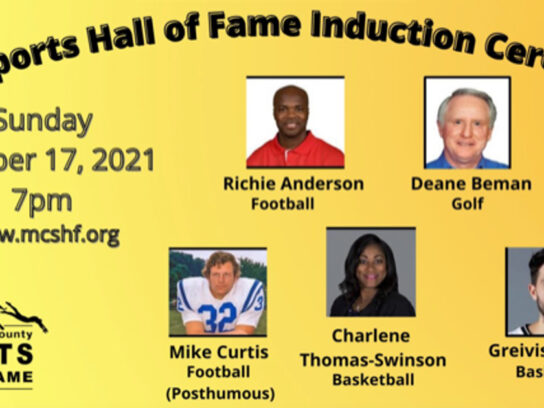 Anderson played fullback in the NFL for 11 seasons for the New York Jets and Dallas Cowboys.  A native of Olney, the star running back at Sherwood High School, was named the Washington Post high school offensive player of the year and USA Today’s Maryland player of the year, while also playing basketball and being all-county in track. He then went on to play at Penn State. Drafted by the Jets in the 6th round, Anderson played running back, fullback, and tight end, leading all running backs in receptions in 2000 with 88 catches. After retiring, Anderson coached for the Jets, Cardinals, and Chiefs.

Beman is one of the most influential people in the history of American golf. Born in DC, Beman grew up in Bethesda, attending Bethesda-Chevy Chase High School. He went on to play at the University of Maryland and then played on the PGA Tour where he won four tournaments.  He won the U.S. Amateur twice and the British Amateur once. In 1974, Beman became the second commissioner of the PGA Tour. Over his 20-year tenure, he oversaw the growth of televised golf, and created the Senior PGA Tour (now PGA Tour Champions) and The Presidents Cup. After stepping down, Beman played on the Senior Tour for 12 years. Beman is also a golf course architect. He was inducted into the World Golf Hall of Fame in 2000. He now lives in Florida.

Curtis played linebacker in the NFL for 14 seasons for Baltimore, Seattle, and Washington.  Curtis was a four-time Pro Bowler and was named 1970 AFC defensive player of the year. A star fullback at Richard Montgomery High School where his teams went undefeated twice as well as an All-American at Duke, Curtis switched to linebacker once in the NFL.  He finished his career with 25 interceptions, and was a member of the Colts’ Super Bowl winning team in 1971. Curtis died in 2020.

Thomas-Swinson has been coaching women’s basketball for 32 years.  The Silver Spring native was a two-time McDonalds’ All American when she starred at Montgomery Blair High School.  She played at Auburn before getting her start in coaching at Takoma Park’s Columbia Union College.  Thomas-Swinson was previously the head coach at St. Johns and Tulsa.  Since 2015, she has been an assistant coach at LSU. Thomas-Swinson has spent the last few months helping victims of Hurricane Ida in Louisiana.

Vasquez is the second all-time leading scorer in University of Maryland basketball history.  The Venezuelan-born star attended the Montrose Christian School in Rockville, where he helped lead the Mustangs to a 43-5 record as a junior and senior.  Vasquez and teammate Kevin Durant led Montrose to an upset over Oak Hill, the nation’s top-ranked team, their senior season. He went on to the University of Maryland where he started 122 games.  As a senior, Vasquez won ACC player of the year and the Bob Cousy award for the nation’s best point guard.  After being drafted by Memphis, Vasquez spent 7 seasons in the NBA, while also leading Venezuela in many international basketball tournaments.

Tonight is the night! Make sure to stream the induction ceremony at 7 p.m. through the link that will be posted on our website, https://t.co/bKTLF8gTp8! pic.twitter.com/0fzwdkJTuw 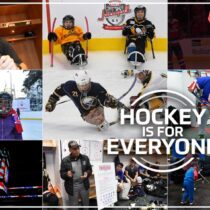