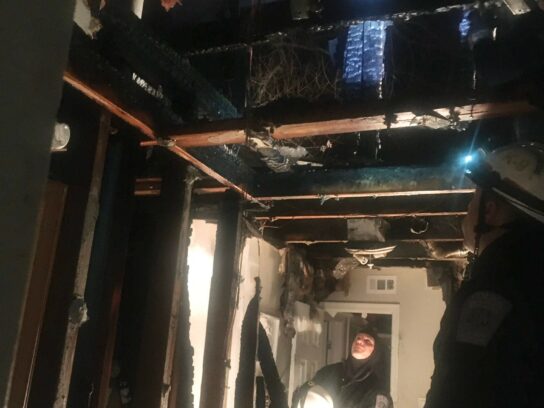 Three townhouses were damaged in a fire that displaced 10 adults, five children, three dogs and a cat early Thursday morning in the White Oak area of Silver Spring.

Officials say damages to the three townhouses total $700,000. There are no reports of injuries.

The cause of the fire is under investigation, but officials say it was likely caused by an electrical fire in the ceiling area above a bathroom in one of the townhouses.

Firefighters will be in the neighborhood today after 6 p.m. to talk to residents about fire safety and escape plans.