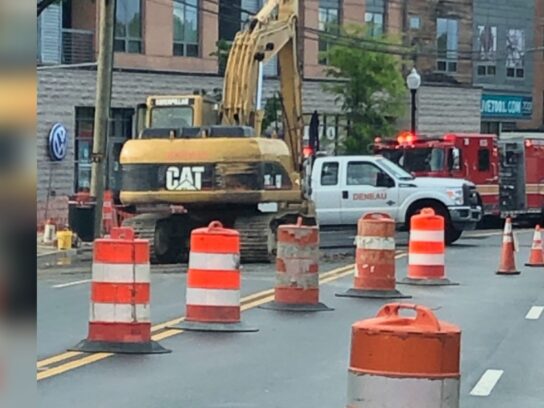 Montgomery County Fire and Rescue Services responded to a natural gas leak in Bethesda on Monday morning. It happened on the 7000 block of Arlington Road around 7:45 a.m. causing slight traffic delays in the area due to detours.

Washington Gas is working throughout the morning to get things under control by crimping the gas line. MCFRS officials say there was no gas migration to any nearby buildings, and they believe the broken natural gas line was caused by construction in the middle of the street. There were no injuries reported.