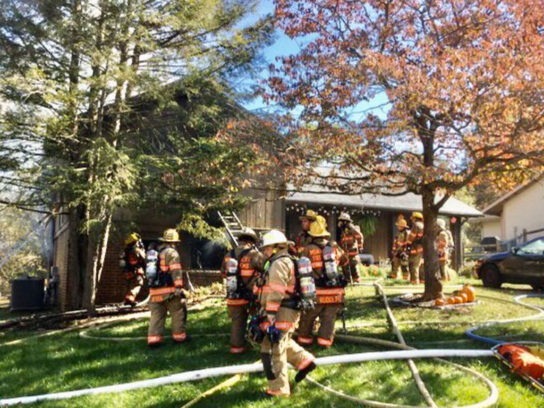 On Monday at around 12:45 p.m., about 65 firefighters responded to a call about a house fire on Faber Court in Montgomery Village.

Pete Piringer, the spokesperson for Montgomery County Fire and Rescue Services, tweeted that occupants of the house got out safely.

Here’s a look at Piringer’s tweets about the incident for more details:

The cause of the fire and the estimated damage from the fire is unclear.