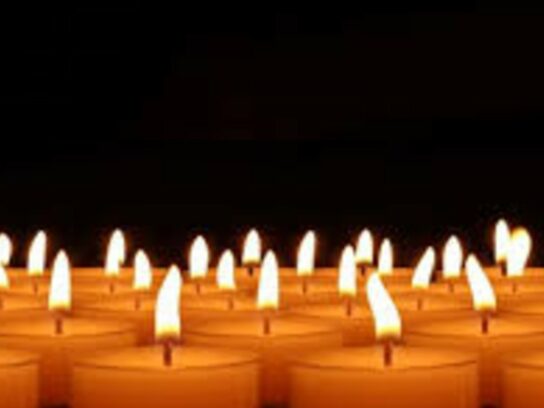 On Jan. 27, 1945, the Auschwitz concentration camp was liberated by Soviet troops. Wednesday marks the 76th anniversary. On Twitter, Montgomery County and state leaders recognized and remembered the millions of victims of the Holocaust.

An anniversary that we need to remember so that nothing like this ever happens again. #OnThisDay #NeverAgain #HolocaustRemembranceDay

Today is International Holocaust Remembrance Day, a day when all of us reflect on the immense tragedy of the Holocaust, which occurred during World War II. No minority or marginalized group must ever be the target of such hate and violence. #WeRemember pic.twitter.com/QLMDoOdi4j

Today we recognize International Holocaust Remembrance Day, which marks the Jan. 27, 1945 liberation of Auschwitz. As Elie Wiesel said, "To forget would be not only dangerous but offensive; to forget the dead would be akin to killing them a second time." pic.twitter.com/Nsli6qKcjS

As we reflect on the hatred and lies that led to the death of millions, we cannot ignore the prevalence of those same sentiments in today’s society.

We cannot allow such a future here in America.#WeRemember

Today marks the 76th anniversary of the day that #Auschwitz & #Birkenau were liberated. Thx to @AJCGlobal, I've visited these sites of mass murder. We must #neverforget what the Jewish people (& other minorities) endured as we observe #HolocaustRemembranceDay. @AuschwitzMuseum

Today, on #InternationalHolocaustRemembranceDay, we reflect on the hatred that led to the Holocaust, as well as the silence that enabled it. We must continue to speak out against anti-Semitism and confront hate in all its ugly forms. #WeRememberhttps://t.co/8DdXvLtA5A

Today, #WeRemember the millions of victims of the Holocaust and reaffirm our commitment to protect democracy, human rights and the dignity of every individual in the face of anti-Semitism, authoritarianism and fascism. #NeverAgain

Today is #HolocaustRemembranceDay, the 76 anniv. of the Auschwitz liberation. #NeverAgain is a promise to never let anti-Semitism & prejudice develop unchecked into horrific acts.We must honor the millions of victims & remaining survivors and stand against hate wherever it arises

Today, we pause to remember the six million Jews and the millions of other persecuted minorities and political dissidents murdered by the Nazi regime in the Holocaust. #HolocaustRemembranceDay https://t.co/dq3FJmkITp

On this anniversary of the liberation of the death camp of Auschwitz-Birkenau we remember the horror of the Holocaust on #HolocaustRemembranceDay #WeRemember https://t.co/gpMqkn4tVH

As we observe International #HolocaustRemembranceDay, we remember the millions of lives destroyed during one of the darkest chapters in world history.

As we continue to struggle against forces that seek to divide us, may we all stand together for love, justice, and unity. pic.twitter.com/QSiB8J5kqZ