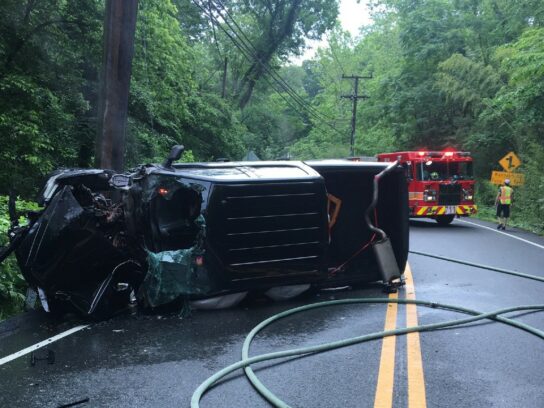 The vehicle caught fire during the incident. Emergency personnel transported one adult individual to the hospital with non-life-threatening injuries.

The road was temporarily closed between MacArthur Boulevard and Rannoch Road, but has since reopened.