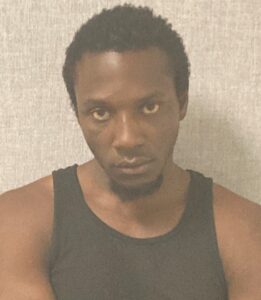 Police said one man was killed and another man suffered serious injuries in two stabbings in Rockville on Saturday.

35-year-old Jonathan Lawrence Moore of Silver Spring was killed, according to a release from the Montgomery County Police Department (MCPD).

Scorpio Alexander Standfield, 31, was arrested and charged with attempted murder, first-degree assault and first-degree murder, according to police.

At about 9:55 p.m. Saturday, Rockville City Police, MCPD and fire and rescue personnel responded to the 700 block of Hungerford Drive for a reported stabbing. Arriving officers found an adult male with a stab wound. The victim gave the suspect’s description and was taken to a hospital with serious injuries after officers provided life-saving measures.

Officers found Standfield walking in the 900 block of Hungerford Drive and he was arrested. Police said officers found items of evidentiary value in Standfield’s possession.

While investigating, officers found Moore seated in his vehicle with a stab wound in the 800 block of Hungerford Drive. Police said he was pronounced dead at the scene.

This is an ongoing investigation. The police department asks anyone with information to call the Major Crimes Division at 240-773-5070 or contact Crime Solvers of Montgomery County toll-free at 1-866-411-TIPS (8477). Callers can be anonymous.