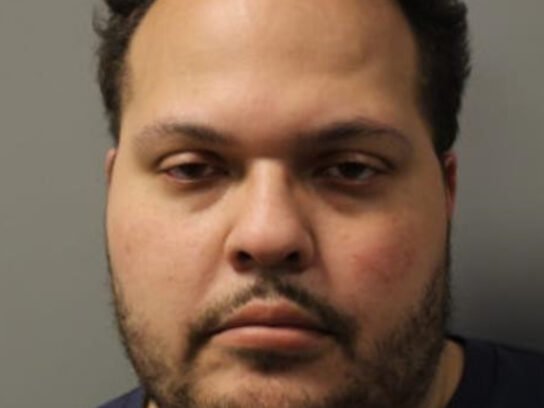 Noel Omar Lorenzo, 41, of Freeland Road was arrested at his residence just after 11 a.m. on Nov. 4. Police arrested Lorenzo on a criminal warrant, charging him “with three counts of armed robbery and firearm-related offenses.”

MCPD began investigating a string of bank robberies after an incident at the Kensington Capital One Bank. Police say the bank robberies committed by Lorenzo include incidents on:

Lorenzo was also wanted by the Fairfax County Police Department (FCPD) for a different bank robbery in their jurisdiction. The FCPD responded to an MCPD bulletin sent out to the surrounding districts, asking for any information.

Both departments were then able to identify Lorenzo by combining witness descriptions, bank video surveillance footage, and Lorenzo’s modus operandi (MO), which were similar in all the cases.

MCPD officers also obtained a warrant for Lorenzo’s vehicle, where they found evidence from both the Montgomery County robberies and the Fairfax County robberies. They also “located a BB gun believed to be the weapon Lorenzo used in the robberies.”

“Lorenzo was transported to the Central Processing Unit,” police said. He is currently being held without bond, and charges from Fairfax County are currently pending in that jurisdiction.