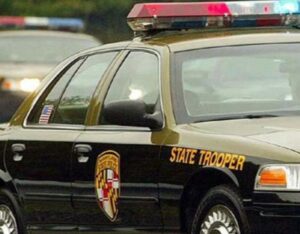 A driver died early Monday morning after they exited their vehicle and were struck following a collision on I-270, Maryland State Police (MSP) said in a press release.

Around 12:39 a.m., MSP Rockville Barrack troopers were dispatched to a two-vehicle collision involving a pedestrian in the main lanes of I-270 North near Rockledge Drive in Montgomery County, MSP said in a press release. Investigators found that the pedestrian who was struck was the driver of one vehicle involved in the two-vehicle collision. They exited their vehicle and were struck by another driver not involved in the first crash, police said.

Police said the driver was pronounced deceased at the scene and MSP is trying to notify next of kin. All lanes at the scene have reopened, police said. Investigation is ongoing and MSP asks anyone with relevant information to call the Rockville Barrack at 301-424-2101.