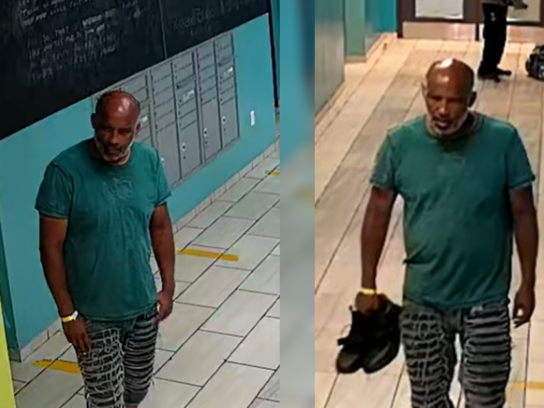 The Montgomery County Police Department continues to investigate an Aug. 14 robbery in Silver Spring and has released photos of the suspect. Police ask for the public’s assistance in identifying the suspect.

At approximately 9:40 a.m., officers responded to the 1100 block of East-West Highway for the report of an assault. According to police, the victim said he was walking on southbound Georgia Avenue, between Sligo Avenue and Blair Road, when he felt someone hit him from behind.

“The unknown suspect repeatedly hit the victim with a blunt object, took the victim’s phone and walked away from the scene,” authorities said in a press release.

The victim was transported to a local hospital with non-life threatening injuries.

Police ask anyone with information regarding this suspect to contact the 3rd District Investigative Section at 240-773-6870.