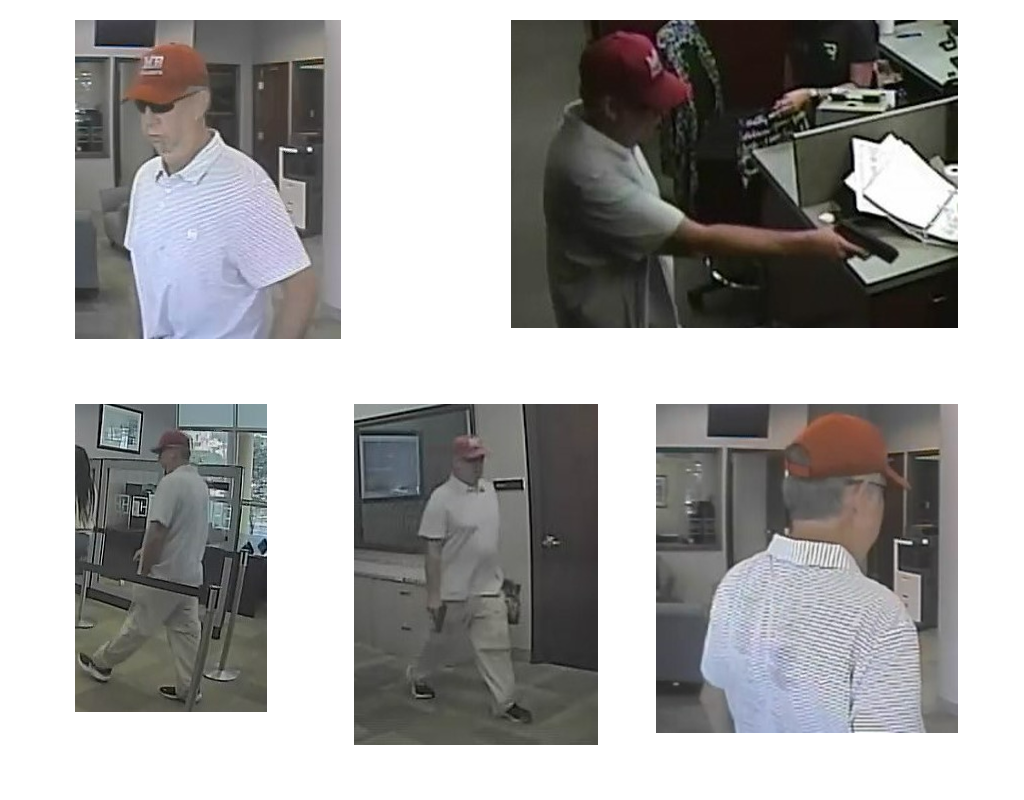 The Montgomery County Police Department (MCPD) continues to investigate a bank robbery that occurred Friday in Silver Spring. Detectives released surveillance photographs of the suspect and ask for the public’s help to identify him.

On Friday, Sept. 16, at approximately 12:25 p.m., officers responded to the Truist Bank on Wayne Ave. for a report of an armed bank robbery.

Investigators say the suspect entered the bank, displayed a black handgun, demanded money and then left after receiving an undisclosed amount of money.

Police describe the suspect as a White male, between 50 and 60-years-old, armed with a black handgun. He was wearing black sunglasses, a red baseball cap, a light colored polo shirt, beige pants and black and white shoes.

Detectives are asking anyone with information regarding the suspect to call the Major Crimes division at 240-773-5070, or contact Crime Solvers of Montgomery County toll-free at 1-866-411-8477. Crime Solvers will pay a cash reward of up to $10,000 for information provided to them that leads to an arrest in this case.