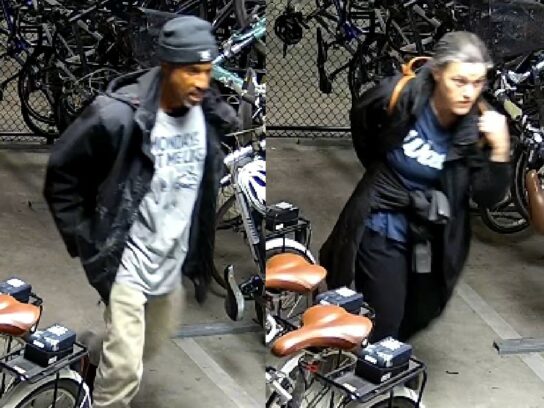 Montgomery County’s Department of Police is asking for the public’s help in identifying two suspects involved in the theft of two bicycles from an apartment building parking garage in Bethesda.

Police said that they reviewed the video after a man reported to police that his mountain bike had been stolen. The bike had been in a secured area in his apartments parking garage on St. Elmo Ave. The owner of the second bike stolen has not been located, according to police.