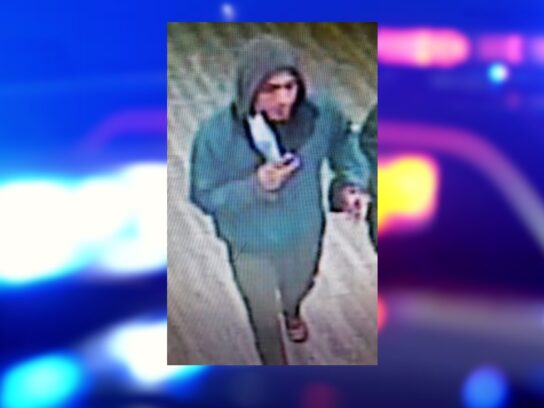 Montgomery County Police are conducting an investigation after a woman was raped in Wheaton last week. On November 23, authorities responded to the report of a sexual assault in the area of Georgia Avenue shortly after midnight.

Detectives say the victim was with a friend at Wheaton Veterans Park located on Amherst Avenue before she walked to the Safeway grocery store located at the intersection of Georgia Avenue and Reedie Drive to use the bathroom. When the victim exited the bathroom, police say the suspect grabbed her and forced her to leave the store with him. The suspect then pulled the victim outside to an unknown area and raped her.

Surveillance video captured the suspect leading the victim out of the store. Investigators released a photograph of the suspect. 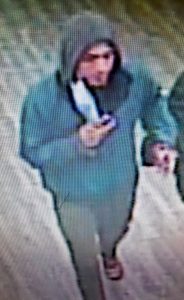 According to an MCPD press release, the suspect is described as a Hispanic male, approximately 20 to 30 years old, with short curly black hair. He is approximately 5’8″ tall and 150 to 160 pounds with tattoos on both arms – one of the tattoos is lettering on his forearm. The suspect was wearing a gray hooded sweatshirt, gray pants, and a green jacket.

Anyone with information about the suspect in this case is asked to call the Special Victims Investigations Division at (240) 773-5050. Those who wish to remain anonymous may contact Crime Solvers by phone at 1-866-411-TIPS (8477), online, or via the Crime Solvers app. Crime Solvers will pay a cash reward of up to $10,000 for information provided to them that leads to an arrest in this case.