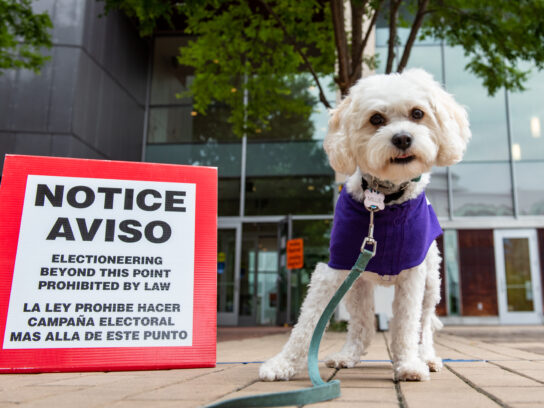 The state of Maryland held its primary elections Tuesday, with dozens of powerful positions across the state and county at stake, including governor and Montgomery County executive.

The elections, originally scheduled to be held in June, were pushed back due to conflicts over redistricting maps across the state.

Despite the delay, voters showed up at polling places surrounded by the usual political yard signs, swarms of electioneers, and the occasional politically active dog.

See election day in Silver Spring, Rockville and Poolesville through the lens of photographer Joe Ryan.