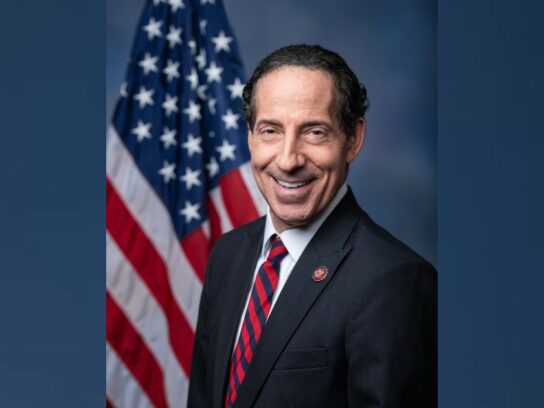 U.S. Rep. Jamie Raskin announced his desire to chair the Congressional Committee on Oversight and Reform following U.S. Rep. Carol Maloney defeat in the New York primary. She is the current chair.

“I have chosen to run because the defense of strong democracy, the voting rights of the people, accountable government and constitutional freedom has been the central mission and passion of my service in Congress. I want to continue and expand upon this work every day,” he wrote in a letter to the members of the Democratic caucus Friday.

This committee oversees investigation and research on such issues as postal reform, reproductive rights, voter suppression, D.C. statehood, the U.S. Census and government transparency and accountability.

This is the committee investigating charges that Washington Commanders’ executives, including team owner Dan Snyder, “may have engaged in a troubling, long-running and potentially unlawful pattern of financial conduct,” according to a press release from the committee in April.

In his letter to members of the Democratic caucus, Raskin wrote, “We are still in the fight of our lives to defend American constitutional democracy and—by extension—political freedom and human rights all over the world.”

He pointed to his work as Lead Impeachment Manager during former Pres. Donald Trump’s second impeachment trial as proof he could do a good job.

Raskin, who represents Maryland’s 8th District, has been a member of the oversight committee since soon after being sworn into Congress in 2017.

Two years later, he was named chair of the Subcommittee on Civil Rights and Civil Liberties. That subcommittee has investigated voter suppression tactics in Texas, book banning and classroom censorship throughout the c0untry and the Trump Administration’s decision to deport critically ill children and their families, Raskin wrote in the letter to his Democratic colleagues.

Earlier this week, U.S. Rep. Gerald Connolly of Virginia, chair of the House Government Operations subcommittee, also announced he would seek the chairmanship of that committee.

For either Raskin or Connolly to become chair during the next session, the Democratic party must retain control of the U.S. House of Representatives. Otherwise, a Republican would lead the committee.