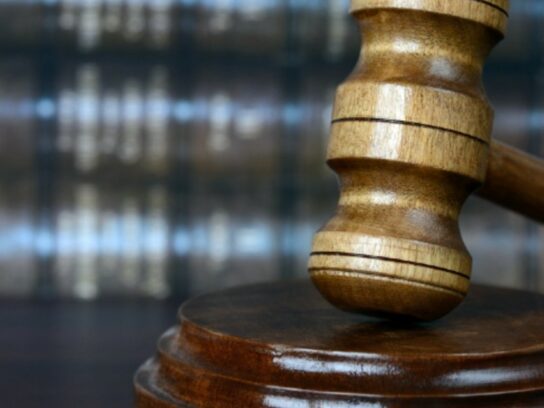 A Rockville couple was indicted for providing confidential health information in an effort to help Russia with its conflict in Ukraine, per a release from the Maryland U.S. Attorney’s Office.

On Wednesday, a federal grand jury indicted Anna Gabrielian, 36, and her husband, Jamie Lee Henry, 39, with conspiracy and for disclosing the health information. According to the release, Gabrielian is an anesthesiologist at a medical institution in Baltimore. She worked at Johns Hopkins Hospital according to an online profile. Henry is a doctor and U.S. Army Major who held a secret-level security clearance. During the conspiracy, he worked as a staff internist at Fort Bragg in North Carolina.

Per the release, “Gabrielian and Henry conspired to cause harm to the United States by providing confidential health information of Americans associated with the United States government and military to Russia.”

Starting in August, the couple conspired to provide confidential health information related to patients at the medical institution in Baltimore and Fort Bragg to someone who they thought was working for the Russian government. This was in an effort to demonstrate their level of access to information and the potential for Russia to exploit the information, per the release.

Gabrielian and Henry met with the person they thought was working for the Russian government, but was actually an FBI Undercover Agent, to discuss ways they could help Russia.

Gabrielian told the undercover agent she contacted the Russian embassy by email and phone to offer her and Henry’s assistance. On Aug. 17, Gabrielian met the agent at a Baltimore hotel and told the agent she was “motivated by patriotism toward Russia” even if she was fired or went to jail, per the release. She said Henry, a military officer, had more helpful information, like how the U.S. military establishes an army hospital in war and information about training provided to the Ukrainian military. Later that evening, the couple met with the undercover agent in the agent’s hotel room.

Henry explained he was committed to helping Russia and looked into joining the Russian Army during the conflict with Ukraine but Russia wanted those with combat experience, which Henry did not have. Henry said the U.S. is “using Ukrainians as a proxy for their own hatred toward Russia,” per the release.

The couple offered to give the agent private medical records from the U.S. Army and the Baltimore medical institution to help the Russian government. If she was at significant risk of being arrested, Gabrielian demanded she wanted their children to, “have a nice flight to Turkey to go on vacation because I don’t want to end in jail here with my kids being hostages over my head.”

Henry indicated he was concerned about passing a background check for a  security clearance and told the agent he did not want to know their name.

A few days later, Gabrielian and the undercover agent met at the Baltimore hotel again to discuss giving the agent Army medical records. She said she would check with Henry about providing records from Fort Bragg patients.

The next day, Gabrielian texted the agent in coded language to say that Henry would provide the Army medical records. On Aug. 31, the couple met the agent in a Gaithersburg hotel room. Gabrielian gave the agent confidential information related to two people, including the spouse of an Office of Naval Intelligence employee. Gabrielian said the person had a medical condition Russia could “exploit,” according to the release.

Henry provided information related to five people who were military veterans or related to veterans. If convicted, Gabrielian and Henry face up to five years in federal prison for conspiracy and a maximum of 10 years for each count of disclosing confidential health information.

The release clarified that an indictment is not a finding of guilt.