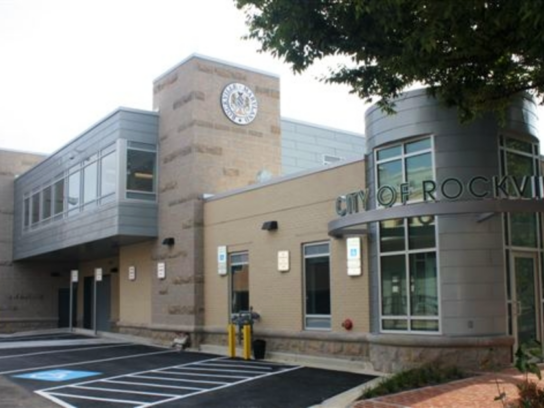 A town hall to discuss public safety in Rockville will be held on Thursday, June 23, at 7 p.m. at F. Scott Fitzgerald Theatre, Rockville City Police announced on Tuesday.

The meeting serves as an invitation for community members to converse with law enforcement about policing issues and ways to communicate with police, according to a press release from Rockville Police on Tuesday.

Chief Victor V. Brito will be joined by @mcpnews, Metro Transit PD, & @Rockville411 to discuss policing issues and the best way to communicate with the police. Ask questions, share concerns & hear how local police agencies are working together to keep Rockville safe. pic.twitter.com/Zac2Sq8spz

“There will be time during the event for attendees to ask questions or raise any public safety related concerns or issues they have within the City, but most importantly [we want residents] to leave feeling as if they were heard,” Rockville Police told myMCM.

Those present will include Rockville City Police Chief Victor Brito, along with representatives from the Montgomery County Police Department 1st District, Metro Transit Police Department and the City of Rockville, as well as other members of the RCPD.

“We hope the Town Hall will provide [residents] an opportunity to meet the members of the Rockville City Police Department and the other local law enforcement agencies that also serve the City of Rockville,” said police in a statement to myMCM. “Ensuring that our community policing partnership between the Rockville City Police Department and those who live and work in the City of Rockville continues to be strong and that our community feels safe will always be our top priority.”

If you are interested in attending but are unable to do so in person, the meeting will be made available to the public via a livestream on the City of Rockville’s Youtube channel, which can be found at the following link: www.youtube.com/cityofrockville.

The town hall will also be broadcast on County Channel 11, as well as the City of Rockville Facebook page.

Police ask those who want more information, or wish “to submit questions in advance, email publicsafety@rockvillemd.gov.”