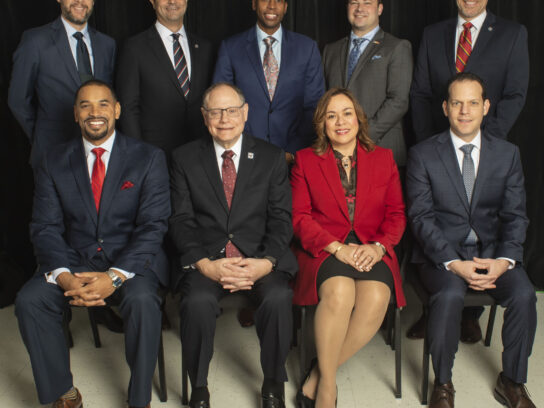 With nearly a year before voting begins, eight women have entered the Democratic Primary for one of the five seats opening up on the Montgomery County Council in 2022.

According to the Washington Post, the women look to improve gender parity on the council where women currently make up about 10% of its members. Out of the 50 people who have served on the council, only 19 have been women.

Current Council Member Nancy Navarro was the only woman elected in 2018 to the nine chair council. And Navarro cannot seek reelection due to term limits.

In December 2022, two new positions will open following voter approval in the November elections, according to Bethesda Magazine. Three seats will open due to term limits.

The women currently running are:

Brooks is an educator, facilitator, designer and community organizer who works as a consultant on equity issues surrounding housing, transportation and education, according to her website. She’s served on the board of the Montgomery County Renters Alliance since 2018 and finished seventh in the 2018 at-large council race.

A lifelong resident of the county, Kellerman lost her job as a lab technician during the pandemic. With four school-age children, her experience as a mother has fueled her push for better childcare in the county. Kellerman also told Bethesda Magazine that she will focus on women’s issues, domestic violence, economic development, government transparency, civic engagement and public transit in her campaign.

A former state delegate, Morales sponsored the Trust Act and worked on several subcommittees as well as a Work Group to Study Safe Harbor Policy for Youth Victims of Human Trafficking until 2019, according to the biographical page on her campaign website.

Appointed in 2014, Fani-Gonzalez is the Vice-Chair of the Montgomery County Planning Board.  She also serves as Commissioner for the Maryland National Capital Park and Planning Commission.

Morales and Fani-Gonzalez both seek to replace Navarro in District 4.

Balcombe previously ran for one of the council’s four at-large seats in 2018 finishing in fifth place.  She is now running to replace Council Member Craig Rice. For 15 years, she has served as the CEO of the Gaithersburg-Germantown Chamber of Commerce. She also continues as a member of the Montgomery County Small Business Recovery Workgroup and on the Upcounty COVID Community Committee, according to her webpage.

New to politics, many may know Mink from her time in the social media spotlight. Her confrontation with former EPA Director Scott Pruitt went viral. In the video, she asked him to resign which he did three days later. She told The Washington Post that she left her job as a middle school teacher in 2020 to work at The Center for Popular Democracy.

Hey it's me, the mom who confronted Scott Pruitt in a restaurant with a baby on my hip.

Local govt controls a lot (like police budgets). I want to set an example for bold, systemic change!

Will you RT & help me get to 24.5K followers today? pic.twitter.com/3ic2p3XfWd

A master electrician, Tichy is a Maryland Home Improvement Commission Contractor in Rockville. As she told Bethesda Magazine she has lived in Montgomery County for more than 20 years. She plans to focus on affordable housing, green energy and support for the Montgomery County Police Department in her campaign.

Sayles has served on the Montgomery County Community Action Advisory Board and Executive Board, the City of Gaithersburg Economic and Business Development Committee and the City’s Education Enrichment Committee, according to her website. She was also appointed to serve on the MCPS Roundtable to address overcrowding in the Gaithersburg Cluster and is the first Black person ever elected to the Gaithersburg City Council.