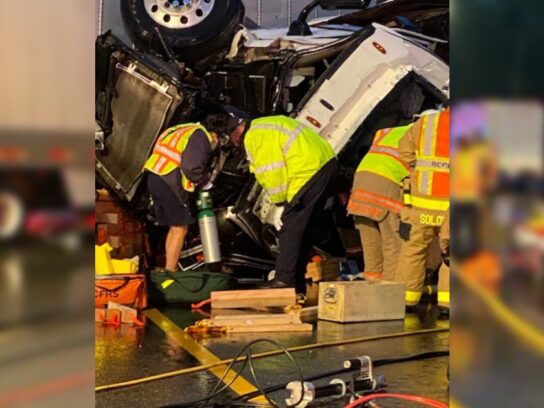 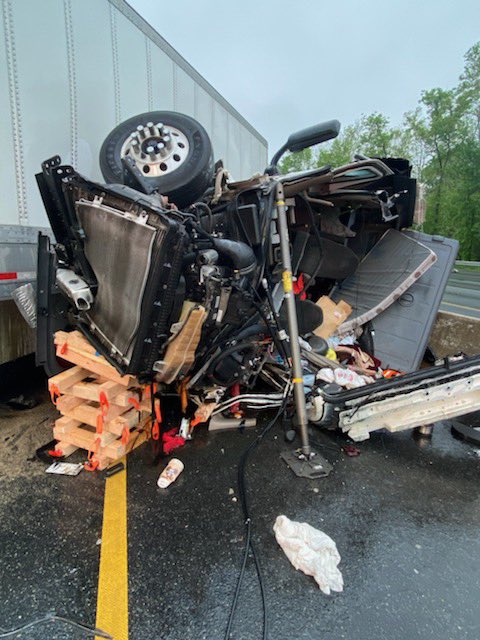 The crash happened shortly before 5:30 a.m. near Connecticut Avenue. Authorities say the driver was severely pinned in the wrangled metal for about 40 minutes. Once extricated, the driver was transported to a local hospital with traumatic injuries. Montgomery County Fire and Rescue Services officials say the crash caused diesel fuel to leak onto the roadway.

All lanes were closed for a couple of hours, but authorities say they are back open now. MCFRS officials say this is a time to remind people that the roads are for essential travel only.