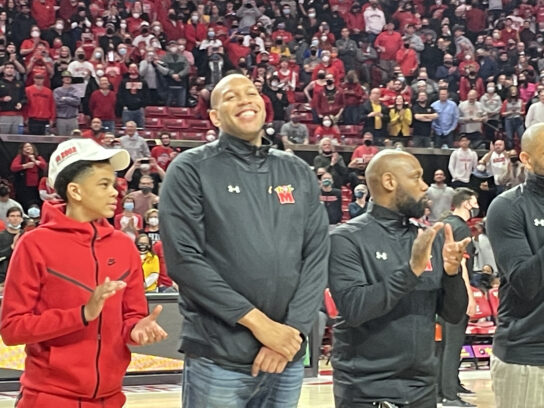 Players, coaches and staff from the 2002 University of Maryland basketball NCAA national championship team reunited Sunday in College Park for a 20th anniversary celebration during the Terps’ game against Ohio State.

All the players from the championship team and all but one coach, assistant Dave Dickerson, were present.

Silver Spring native Lonny Baxter was the starting center on Maryland’s 2002 national championship basketball team. Baxter joined teammates and coaches for a 20th anniversary celebration today. He told @mymcmedia what it meant for a MoCo kid to be part of such a special team. pic.twitter.com/xeTZmizmkl

I asked ⁦@Juan_Dixon3⁩ to put into words what winning the 2002 national championship still means to him 20 years later. @terrapinhoops pic.twitter.com/l6lsJCxKxO

There they are: the 2002 NCAA National Champions! Happy 20th anniversary (actually April 1.) pic.twitter.com/ZovbOTHvYt

And then the current team, perhaps inspired by the 2002 team, played one of their best games of the year, upsetting 22nd ranked Ohio State 75-60. 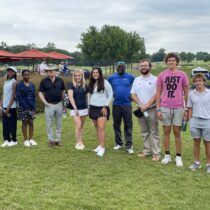 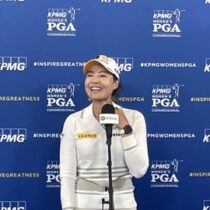