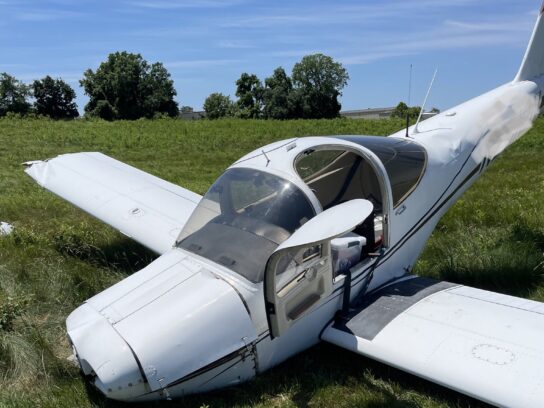 A small plane crashed at Montgomery County Airpark in Gaithersburg on Sunday, leaving two people with “minor injuries,” according to Pete Piringer, Chief Spokesman for the Montgomery County Fire and Rescue Service.

The accident, which occurred at approximately 12:15 p.m., was the result of a hard landing, with authorities citing wind as a potential factor. According to Piringer, those involved in the crash “refused transport” of any kind.