Three people, including an elementary school student, were hit by a car Wednesday morning on Grosvenor Lane, according to Montgomery County Fire and Rescue (MCFRS) chief spokesperson Pete Piringer.

According to Montgomery County Police, the boy was standing on a corner near Grosvenor Place and King Charles Way with a man and a baby when a Honda Accord driver pulled out of the parking lot to his apartment complex, jumped the curb and hit all three of them.

The student was taken to a local hospital with life-threatening injuries. The man suffered minor injuries and the infant in the stroller was unharmed, police said.

The child is a student at Ashburton Elementary School, according to Montgomery County Public Schools (MCPS) spokesperson Chris Cram. Due to the accident, Grosvenor Lane is closed. 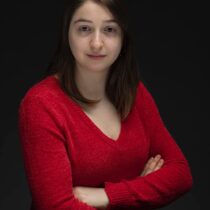