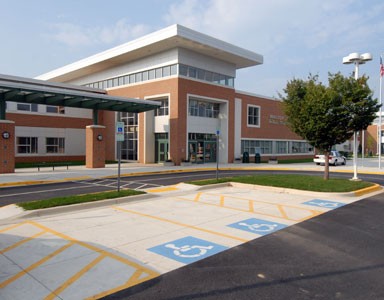 Two Walter Johnson students who had just graduated were killed and two others were injured in a one-car accident in West Virginia on June 9.

According to Hardy County, West Virginia, Deputy Sheriff W.A. Parker, the accident took place at 7:20 p.m. Wednesday on westbound U.S. 48. The car left the road and went through the guardrails and down a steep embankment before stopping about 300 feet north of the road.

Driver Camille Gagne, 18, of Kensington, and passenger Jaidon Smith, 18, of Silver Spring, were killed, according to a news release from the sheriff’s office. Passenger Anders Spear, 17, of Bethesda, and Derrick Priester, 18, of Kensington, were injured and taken to Grant Memorial Hospital in Petersburg, West Virginia.

“The investigation is still underway but high speed and wet road conditions are believed to have contributed to this accident,” according to a news release.

The two injured passengers were able to exit the vehicle and make their way back to the road before Parker arrived on the scene. When he got to the car, he saw that the driver had been ejected from the vehicle and one passenger was still in the rear.

Walter Johnson Principal Jennifer Baker sent a letter to community members, noting that two recent graduates “lost their lives and two others were seriously injured.” She wrote, “Our hearts are broken, and our thoughts go out to the parents, siblings, friends and other family members who have suffered this great loss.” She urged anyone who wishes to speak to a staff member, counselor or professional resource to reach out.

Baker’s note did not include the students’ names.

In a Facebook post, Smith’s father, Troy Smith, wrote that “none of our lives will ever be the same. I am angry, hurt, empty, sad and still shocked.” He also posted that “Jaidon was amazing” and that they have set up a scholarship for the Gifted and Talented with Learning Disabilities program.

His son was buried Friday at Garden of Remembrance in Clarksburg on Friday.

Gagne was a member of the school’s cross country team.

The Hardy County Sheriffs Department was assisted at the scene by members of the West Virginia State Police, Moorefield Fire Department and Fraley Ambulance Service.