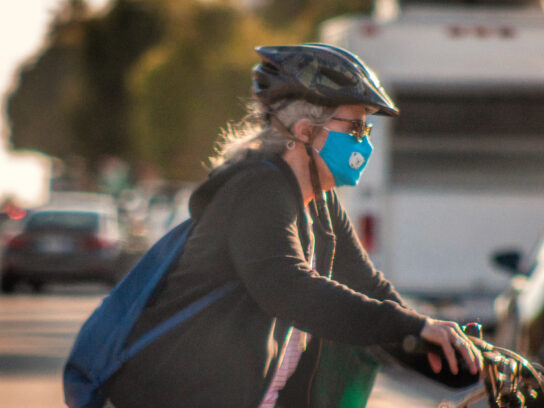 Despite an increase in bicycle ridership and average travel time increase for cars that was “nominal,” the Maryland State Highway Administration will not bring back the shared lanes on University Boulevard from Amhearst to Arcola avenues in Silver Spring.

Using data produced during the pilot project as well as results from a survey, which was answered by 807 people, the SHA announced Jan. 26 that it would not make the shared lanes program permanent.

“While the project proved safe and provided efficient mobility for all users, significant indicators such as right turning safety concerns, low bicycle lane ridership, as well as strong negative community feedback, do not lead us to support the construction of a permanent bike lane at this location,” the SHA annouced.

Mostly due to negative feedback from those who responded to the survey, most of whom used the car lanes, and low bicycle ridership convinced the SHA not to renew the program. Many of the drivers’ complaints concerned problems vehicles turning at intersections.

Drivers experienced “a weekday average increase of 15 seconds” during rush hours, and the number of daily bike riders increased, according to the report.

According to the SHA report, a five-year downward trend in number of accidents and accidents with injuries continued during the pilot program.

this bike lane trial showed us that people will bike (and walk) more if you make it safe and comfortable to do so https://t.co/zAOefxvnL9

So bike lanes aren't coming back to University Parkway, because, says @MDSHA, the public was strongly against it. About traffic speed, they said the measured speed was 39/41 mph but not what the average was before or after. So no measurement before or after @MDSHA ?

University Blvd., Silver Spring Bike Lanes Will Be Removed But Could Return