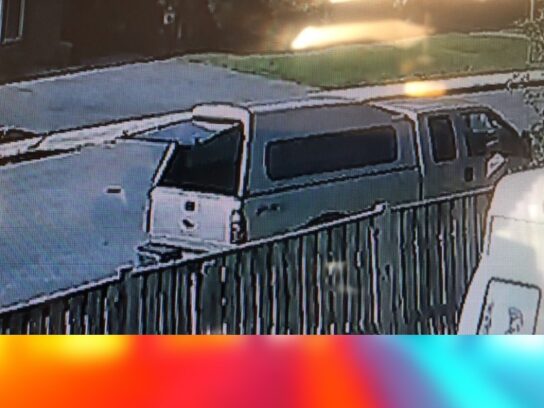 The Montgomery County Police Department continues to investigate the hit-and-run collision involving a pedestrian in Aspen Hill on August 11. The victim, 62-year-old Robert Lawrence of Silver Spring, died at a local hospital on Friday, according to MCPD.

A preliminary investigation revealed that on August 11, around 10:00 a.m. Lawrence stopped his vehicle in the far right lane of westbound Bel Pre Road just prior to London Lane. Lawrence was outside of his vehicle on the driver’s side when he was struck by a vehicle. The driver and the striking vehicle fled the scene.

The striking vehicle is described as a light covered two-door Ford F-150 or F-250 with a truck bed cover. Photographs have been released, and detectives ask anyone with information to call the Collision Reconstruction Unit at 240-773-6620.